COVID 19: US unemployment rate shot up by 20% in May as layoffs continue 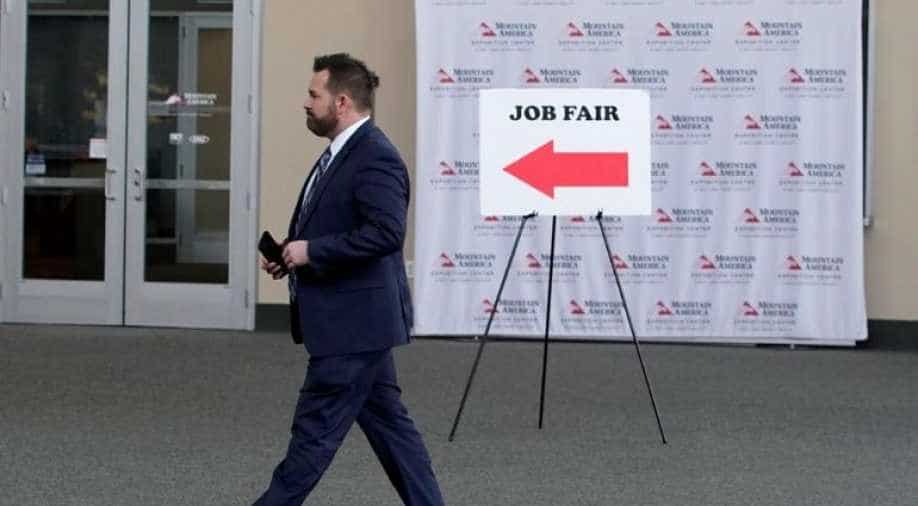 Unemployment in US Photograph:( Reuters )

The US unemployment rate likely shot up to almost 20% in May, a new post World War Two record, with millions more losing their jobs, exposing the horrific human toll from the COVID-19 crisis.

The Labor Department`s closely watched monthly employment report on Friday could bolster economists' dire predictions that it would take several years to recover from the economic meltdown.

Still, May was probably the nadir for the labor market. While layoffs remained very high, they eased considerably in the second half of May as businesses reopened after shuttering in mid-March to slow the spread of COVID-19.
Consumer confidence, manufacturing and services industries are also stabilizing, though at low levels, hopeful signs that the worst was over.

"The good news is that we probably have hit the bottom," said Sung Won Sohn, a finance and economics professor at Loyola Marymount University in Los Angeles. "But the recovery will be painfully slow. It will take years, probably a decade to get back to where we were at the end of last year."

The employment report is compiled from two separate surveys. According to a Reuters poll of economists, the survey of households is likely to show the unemployment rate jumped to 19.8% in May from 14.7% in April, which was the highest since 1948 when the government started keeping records. The survey of establishments is forecast showing nonfarm payrolls dropped by 8 million jobs after a record 20.537 million plunge in April.

Also read: Nearly 60% of Canadians do not have confidence in Trudeau to prevent economic crisis: Poll

Economists are split on whether the government`s Paycheck Protection Program (PPP) is helping. The PPP, part of a historic fiscal package worth nearly $3 trillion, offers businesses loans that can be partially forgiven if used for employee pay.

Without the misclassification, the April rate would have been closer to 19%. Some economists expect the BLS addressed this problem in May, which could account for estimates for May`s unemployment rate in the Reuters survey being as high as 27%. The jobless rate neared 25% during the Great Depression of the 1930s.

Political risk
The labor market distress poses a significant risk to Presidential Donald Trump, who is seeking re-election and whose administration has been severely criticized for its handling of the pandemic. Though many economists expect the unemployment rate to peak in May, it is forecast to be above 10% when Americans head to the polls on Nov. 3.
Details of the household survey could offer fresh clues on the economy. In April, at least 18.1 million of the 23.1 million people unemployed said they were on temporary layoff, indicating they expected to go back to work within six months. About 2.6 million believed they had permanently lost their jobs.

"What makes this downturn different from all others is that people have held the belief that once everything reopens all the jobs are going to come back," said Steven Blitz, chief US economist at TS Lombard in New York.

"If we see temporary layoffs go down as more see those job losses permanent, that means their confidence in the economy six months from now is going to be a lot less and that`s going to reduce spending plans."

Economists say workers` perceptions that their layoffs were temporary is one reason the US stock market has rebounded sharply from the pandemic lows.

May`s anticipated job losses were likely across the board, though the carnage in the leisure and hospitality industry probably abated. Cash-strapped state and local governments likely laid off teachers last month.

Regarding wages, the destruction of low-paying jobs is expected to have boosted average pay for a second straight month, with average hourly earnings forecast increasing 1.0% in May.

The average workweek is forecast rising to 34.3 hours from 34.2 hours in April.