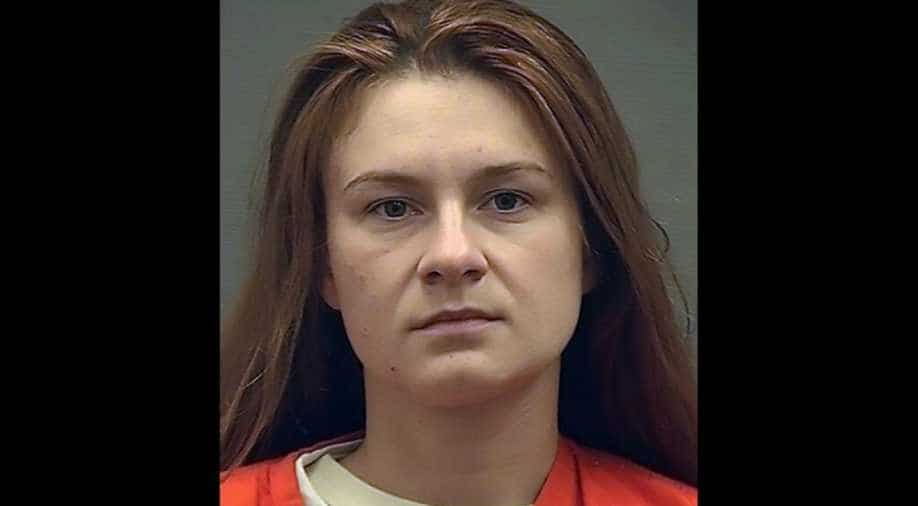 Russian national Maria Butina, who was jailed in the United States in April after admitting to working as a Russian agent.

Russian national Maria Butina, who was jailed in the United States in April after admitting to working as a Russian agent, arrived in Moscow on Saturday, greeted by her father and Russian journalists who handed her flowers.

Butina pleaded guilty in December last year to one count of conspiring to act as a foreign agent for Russia, prompting Moscow to accuse Washington of forcing her to confess to what it described as ridiculous charges.

The only Russian arrested and convicted in the three-year investigation of Moscow's interference in US politics, Butina parlayed ties with the NRA firearms lobby into a network of high-level Republican allies.

The 30-year-old native of Siberia said she was on a quest to establish better relations between Russia and the United States, and enrolled in university in Washington while living with a Republican operative.

Her social media was full of pictures of her posing with various firearms around the United States, in some dressed in camo with an assault rifle and, in one, as a cowgirl with a giant six-shooter.

But she was arrested in July 2018 on allegations she was engaging in espionage, though she had no connection with Russia's established spy agencies.

In December, Butina entered a plea deal on a charge that she acted as an illegal, unregistered foreign agent, and was sentenced to 18 months in prison, half of which was credited as already served.

The Russian foreign ministry made her into a cause celebre, placing a picture of her with the word "Free Butina" at the top of its social media pages.