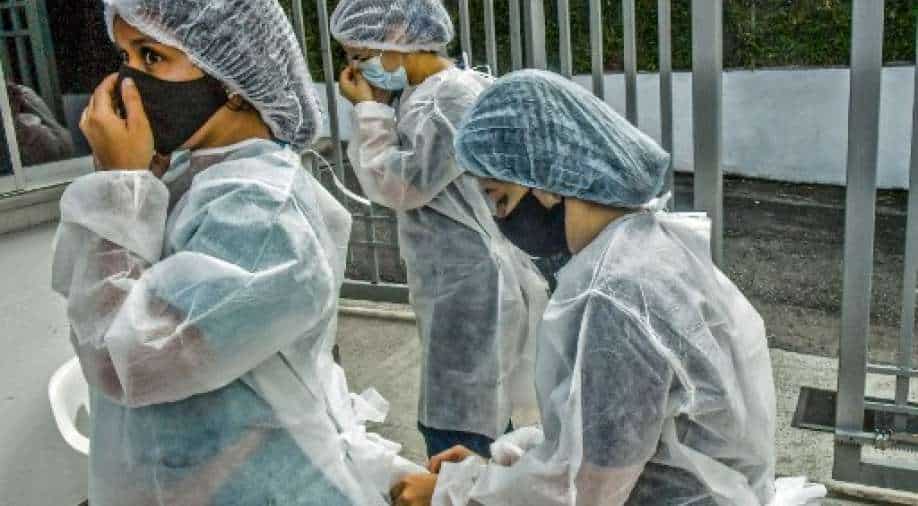 A decrease in infections will not come until the end of May, Lopez said, adding protests make quarantine restrictions nearly unenforceable, though she extended a curfew and restriction on alcohol sales.

Demonstrations fueled by outrage at a now-cancelled tax plan began on April 28. Protesters' demands have expanded to include a basic income, an end to police violence and the withdrawal of long-debated health reform.

Marches look set to continue for the foreseeable future, with protest leaders and the government at odds despite an initial meeting to discuss the demands.

Capital Bogota is confronting a "hospital collapse," Mayor Claudia Lopez said in a press conference on Monday, and will not see infections drop this week as previously predicted.

"The pact of care that has safeguarded us from contagion for 16 months is what was broken in Colombia two weeks ago," Lopez said. "Every day it is broken, we are exposed to a risk of mass death. To be at 96% ICU occupation is to be on the brink of hospital collapse."

A decrease in infections will not come until the end of May, Lopez said, adding protests make quarantine restrictions nearly unenforceable, though she extended a curfew and restriction on alcohol sales.

Medellin, whose ICUs have been at or near full capacity for weeks, is preparing for a possible crisis, health secretary Andree Uribe told Reuters in a video.

"We know there will be an increase in cases, we`re on alert, we are carrying out actions for early identification, like testing everyone who participated in the marches," she said.

"We`re worried about marchers who don`t comply with any of the self-protection protocols like physical distancing and the use of face masks," she said. "And with the presence of strains like the British one, which is highly contagious, it`s indicated the figures won`t fall in the short term."

Cali`s ICUs are about 95% occupied, according to local government figures.