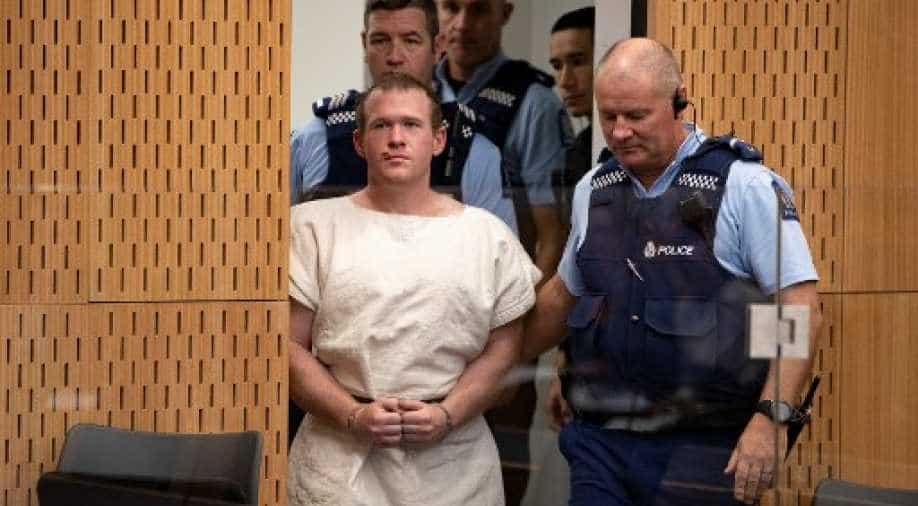 Tarrant has pleaded guilty to 51 charges of murder, 40 of attempted murder and one of terrorism.

The hearing of Christchurch mosque attacker Brenton Tarrant began in New Zealand as the court heard that the 29-year-old Australian national wanted to burn down the two mosques.

Tarrant had carried out shootings and live-streamed the incident on March 15 last year in which  51 people were killed. Tarrant has pleaded guilty to 51 charges of murder, 40 of attempted murder and one of terrorism. After the shooting, Tarrant was arrested as he tried to attack a third mosque in Ashburton.

The court was told that Tarrant who arrived in New Zeland in 2017 had started buying high-powered firearms in 2019 after he had got a firearms licence three years ago in the country.

Tarrant had collected at least 7000 rounds of ammunition of various calibres for the guns. Prosecutor Barnaby Hawes told the court that, "Tarrant admitted to police going into both mosques intending to kill as many people as he could."

"He further stated the attacks were motivated by his ideological beliefs and he intended to instil fear into those he described as 'invaders' including the Muslim population or more generally non-European immigrants,"  Hawes told the court.

"From this time, the Al Noor Mosque and the Linwood Islamic Centre became his primary targets to attack," the court was informed. In a  26-page summary, Crown prosecutor Barnaby Hawes said that Tarrant had planned the time for entry when the maximum number of worshippers would be present.

Tarrant had Mossberg 930 semiautomatic 12 gauge shotgun along with Windham Weaponry .223 calibre MSSA rifle including other weapons.

The sentencing hearing will continue for four days.