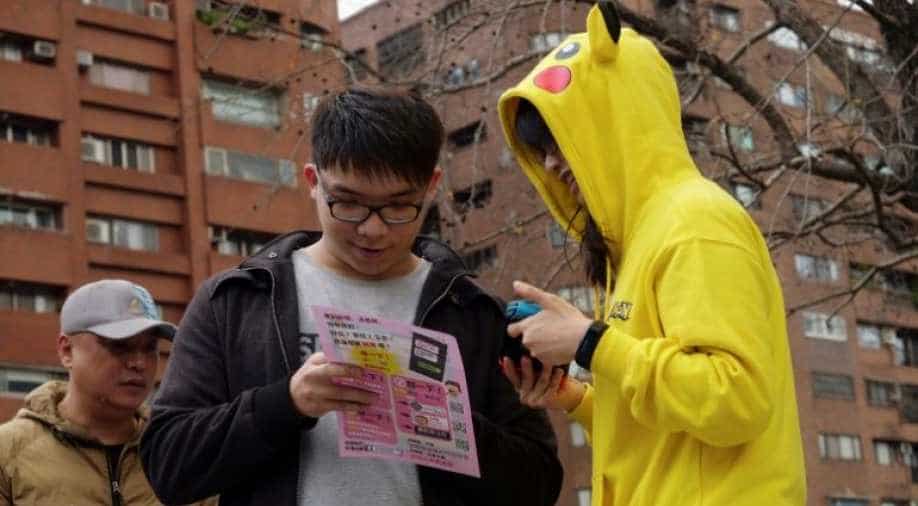 "Taiwan is a democratic, open society. They are using our freedom and openness, bringing in news that is not beneficial to the government," Chiu Chui-cheng, deputy head of Taiwan's Mainland Affairs Council, told Reuters, referring to China

Taiwan is ramping up efforts ahead of a January 11 election to combat fake news and disinformation that the government says China is bombarding the island with to undermine its democracy.

But Taiwan's main opposition party, the Kuomintang, which favours close ties with China, is crying foul, accusing the ruling Democratic Progressive Party (DPP) of running its own disinformation campaign, saying the threat is closer to home.

Taiwan's rambunctious democracy has long been deeply polarised and partisan.

Accusations of dirty-doings, denials and counter-denials are part and parcel of political life on the island, played out on its many cable news channels and online, mostly on Facebook, messaging app Line and the Taiwan-focused bulletin board PTT.

Fake news and disinformation campaigns are a problem governments around the world are trying to tackle. US President Donald Trump has repeatedly lambasted US media for what he says is its "fake news" about him and his administration.

Taiwan, which holds presidential and legislative elections on January 11, says it is particularly vulnerable to influence-peddling by its giant, autocratic neighbour China, which claims Taiwan as its own territory, to be brought under Beijing's rule by force if need be.

"Taiwan is a democratic, open society. They are using our freedom and openness, bringing in news that is not beneficial to the government," Chiu Chui-cheng, deputy head of Taiwan's Mainland Affairs Council, told Reuters, referring to China.

"They are seeking to confuse the perception of people. It's a perception war," he said. "Mainland China uses organisations in Taiwan to help disseminate fake news."

But the Kuomintang and its presidential candidate, Han Kuo-yu, lagging in the polls behind President Tsai Ing-wen, say voters should focus on what the ruling party is doing to muddy the waters, and should stop trying to "smear them red" a reference to the colours of China's Communist Party.

"Have a look on the internet, isn't about more than 90 percent of online news attacks against Han Kuo-yu?" Han's campaign spokeswoman, Anne Wang, told Reuters.

She said almost nobody on the PTT bulletin board supported the Kuomintang, which undermined ruling party complaints of Beijing's interference on behalf of the opposition party.

"If mainland China wants to support the Kuomintang, how can that be the result?" she asked.

"Is their (China's) fake news cyber army too weak? Have they failed? Or is the cyber army in service of the DPP more powerful and ferocious?"

The suicide of Taiwan's consul general in the Japanese city of Osaka last year, following fake reports he had not done enough to help Taiwanese stranded by a typhoon, has been seized upon by the Kuomintang, after Taipei prosecutors this month filed charges against one of the people accused of spreading the reports, a prominent DPP member.

"Now we know that she is the commander of all the fake news," Lai said.

The DPP says it had nothing to do with the consul general's death.

Fact-checking groups say people are being bombarded with fake news and have set up websites and chat rooms, and held seminars, to help people identify it.

Government task forces have been mandated to "bust rumours" while a security agency has launched a "special mission" to crack down on suspected fake news from China to influence votes, according to an official with knowledge of the matter who declined to be identified.

"When the trust between people has been lost, you won't trust that politicians will do things beneficial to you, neither will you believe that representatives will speak up for you."

Its policy-making Taiwan Affairs Office said it was "fake news" to suggest that it was trying to meddle.

"Every time there is a Taiwan regional election, various fake news is 'created' to make rumours about and smear the mainland," the office said in a statement to Reuters.

Wang has described in Australian media how he worked with China's Communist Party to meddle in Taiwan. China says he is a convicted fraudster. The Kuomintang also says they have serious doubts about his claims.

The DPP says the person identified in the picture as Li is an assistant to a Hong Kong legislator and blamed "China-friendly forces" for the "fake message".

Internet companies have moved to tackle fake news as the elections approach. Facebook has vowed to step up efforts to counter disinformation and "state-backed influence operations". Line Corp has teamed up with several advocacy groups to help users verify information.

Taiwan FactCheck Centre, which is collaborating with Line, said it had seen a sharp increase in political messages on the platform since September.

"There are a lot of rumours before the elections. They are spreading faster and mobilising hatred," she told Reuters, referring to rumours she believed were coming from China.