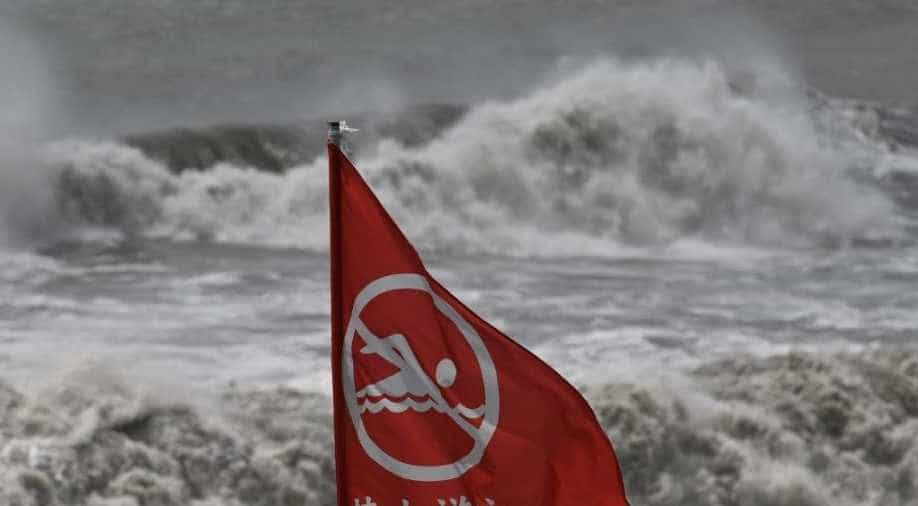 A flag warning about rough seas is pictured next to a beach in Suao, Yilan county, as Typhoon Lekima approaches off the shores of eastern Taiwan. Photograph:( AFP )

Taiwan has already cancelled flights and ordered markets and schools to close on Friday as the typhoon heads northwest.

The National Meteorological Center said the typhoon, the strongest since 2014, was expected to hit the mainland in the early hours of Saturday and then turn north. It has issued gale warnings for the Yangtze river delta region, which includes Shanghai.

Taiwan has already cancelled flights and ordered markets and schools to close on Friday as the typhoon heads northwest.

Flights to and from Taiwan have been cancelled and cruise liners have been asked to delay their arrival in Shanghai. Some trains from Shanghai have also suspended ticket sales over the weekend.

Heavy rain and level-10 gales are expected to hit Shanghai on Friday and continue until Sunday, with 16,000 suburban residents set to be evacuated, the official Shanghai Daily reported.

China's Ministry of Water Resources has also warned of flood risks in the eastern, downstream sections of the Yangtze and Yellow rivers until Wednesday.

China is routinely hit by typhoons in its hot summer months but weather officials said last week they have been relatively infrequent so far this year.