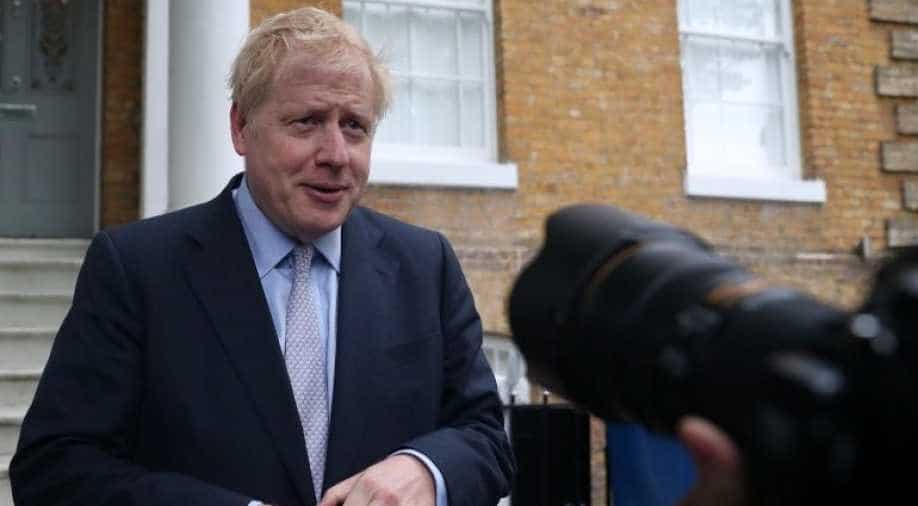 Johnson was the face of the 2016 campaign to quit the EU and has said he would be willing to leave on October 31 without a deal.

The chance that Britain will leave the European Union without a deal is the highest since October 2017, economists polled by Reuters say, as arch-Brexiteer Boris Johnson looks set to take over as prime minister next week.

Johnson was the face of the 2016 campaign to quit the EU and has said he would be willing to leave on October 31 without a deal. The median forecast of that happening was 30% in the July 15-18 poll, up from 25% last month and 15% in May.

"The likelihood of a Boris Johnson premiership and the rhetoric which has surfaced during the campaign suggests that this outcome is more likely than we previously believed," said Peter Dixon at Commerzbank.

With Jeremy Hunt, Johnson's rival for the premiership, also keen to display his credentials as a hard Brexiteer, sterling <GBP=> has plunged this week to lows not seen in over two years as investors price in the growing risk of a disorderly Brexit.

Lawmakers voted on Thursday to make it harder for the next prime minister to try to force a no-deal Brexit, giving some support to sterling, and a strong majority of economists polled still think the two sides will eventually settle on a free-trade deal, as they have since late 2016, when Reuters first started asking the question.

But in second place this month was the more extreme option of leaving without a deal and trading under World Trade Organization rules.

The third most likely outcome was the other compromise option of Britain remaining a member of the European Economic Area, paying into the EU budget to maintain access to the single market yet having no say over policy.

As the chance of a hard Brexit has increased, so has the likelihood of a recession. The median forecast for one in the coming year was 30% and of one in the next two years was 35%, up from 25% and 30% respectively in June's poll.

Growth forecasts remained modest, with the economy expected to expand 0.3-0.4% per quarter through to the end of next year.

Those forecasts were either left unchanged or lowered, so what has shifted are expectations about what the Bank of England will do with interest rates.

No change is now expected to the bank rate, which has sat at 0.75% for nearly a year, until 2021 at the earliest. In June's poll, a 25 basis point hike was expected in the third quarter of next year.

"While the UK consumer price inflation backdrop appears relatively benign, the fact that wage growth is holding up suggests it's too early to be thinking about rate cuts," said James Smith at ING.

Only 27 of 76 economists polled now expect an increase to Bank Rate before the end of next year, compared to 36 of 69 last month. On the flip side, nine of 76 are expecting a cut by end-2020 compared to five of 69 in June.

The Royal Bank of Canada, a primary dealer of British government bonds, changed its call earlier this month and said the BoE would be forced to cut interest rates this year because of rising risks to Britain from Brexit and global trade tensions.

"We don't necessarily share the view that the UK economy will see a substantial pick-up in growth even in a smooth Brexit," RBC economists Peter Schaffrik and Cathal Kennedy said in a note to clients.

Monetary Policy Committee member Gertjan Vlieghe said in a speech at Thomson Reuters last week that the Bank might need to cut interest rates almost to zero after a no-deal Brexit.

That shift in sentiment echoes expectations for other major central banks. The European Central Bank is likely to cut its deposit rate later this year and there are widespread expectations the United States Federal Reserve will cut at its meeting this month.

But unlike its peers, the BoE has less to worry about when focussing on its mandate for price stability.

The slump in sterling has driven up prices in import-reliant Britain and the economists who were polled expected inflation to hover around the Bank's target for the next three years at least, the poll found.