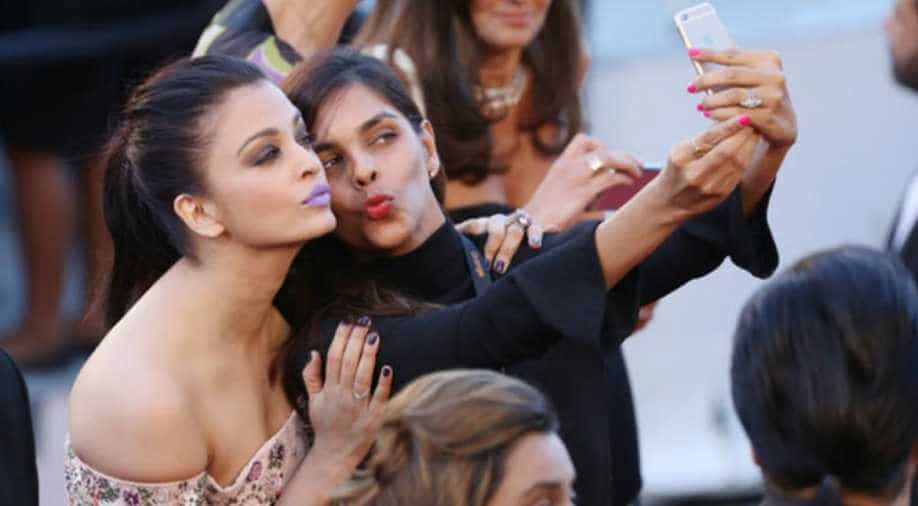 File photo of Aishwarya Rai posing for a selfie at the Cannes red carpet. Photograph:( Others )

The organisers of Cannes Film Festival have banned selfies on its red carpet.

The news was shared by festival director Thierry Fremaux in an interview with Variety, saying the art of taking selfies on red carpet is "ridiculous".

"We haven't thought out in practical terms how to carry out this new measure. Since we are not policemen, we will trust attendees and their understanding of the situation: Selfies on the red carpet, in a continuous and touristy way, are ridiculous.

"It tarnishes the quality and tempo of the ascending the steps. Some are protesting and commenting negatively but selfies didn't exist 10 years ago, it's obviously not the most important thing in the world. We go to Cannes to see movies, not to take selfies," Fremaux said.

He said his job is to preserve the "prestige" of the festival.

"...When we're standing on top of the stairs, we can see the vulgarity and the grotesque aspect of those taking selfies on the red carpet and that's when it becomes a vast mess," he added.&nbspFremaux also talked about the festival's new rule which stated that any film which is selected to compete for Cannes will have to be released in French theatres.

The rule was announced last year and was specifically aimed at Netflix-backed projects. Last year, Bong Joon-Ho's Okja&nbspand Noah Baumbach's The Meyerowitz Stories (New and Selected)&nbspwere screened at the Cannes.

"Last year, I thought I could convince Netflix but they refused (to release films in theatres). That's their economic model, and I respect it. But we are all about cinema and we wish to have films that play in competition get released in theaters. That's the model of film lovers and Netflix must respect it as well.

"But Cannes aspires to welcome all sources of contemporary creativity, and today Amazon and Netflix&nbspand tomorrow perhaps Apple represent something important. Especially because they work with brilliant filmmakers, some of whom are among Cannes' returning auteurs. These new partners of the film sector have a very strong economic footprint. We will eventually come up with a good agreement," Fremaux said.