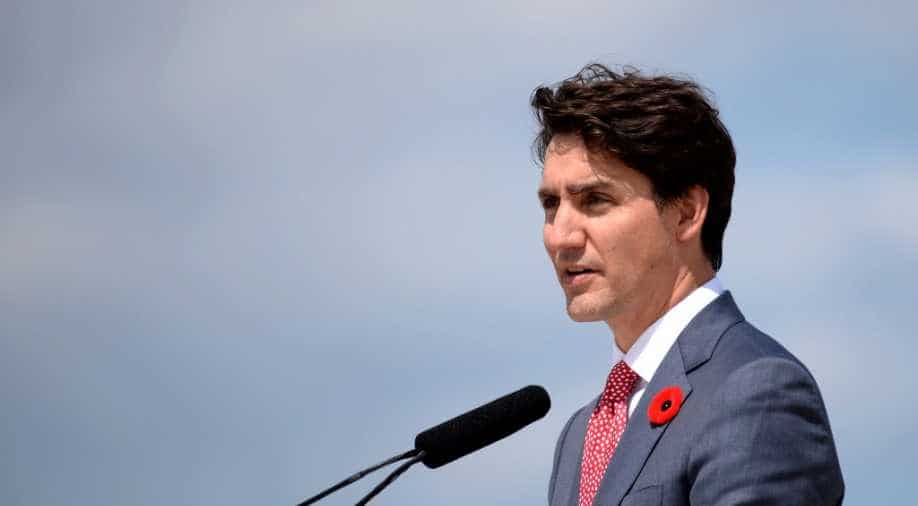 Opinion polls show that Trudeau's party, in power since 2015, is locked in a tie with the opposition Conservatives and will lose its majority in the House of Commons.

Canadian Liberal Prime Minister Justin Trudeau, facing a tough election next week, accused his rivals on Wednesday of fighting a dirty campaign and picked up an endorsement from former U.S. President Barack Obama.

Opinion polls show that Trudeau's party, in power since 2015, is locked in a tie with the opposition Conservatives and will lose its majority in the House of Commons.

"The world needs his progressive leadership now, and I hope our neighbours to the north support him for another term," he said in a tweet.

The two men formed a close friendship when Obama, a Democrat, was still in office. Trudeau was the first Canadian prime minister the United States honoured with a state dinner in almost two decades when Obama invited him and his wife to Washington in March 2016 after Trudeau won power the previous October.

Obama's endorsement came just hours after Trudeau, speaking to reporters in Montreal, accused the Conservatives of running "one of the dirtiest, nastiest campaigns based on disinformation that we've ever seen in this country."

A Nanos Research overnight poll for CTV and the Globe and Mail newspaper put the Conservatives at 32.5%, the Liberals at 31.9% and the left-leaning New Democrats (NDP) at 18.8%. Canadians vote on Monday.

On Wednesday, Trudeau, Conservative leader Andrew Scheer and NDP chief Jagmeet Singh were all stumping for votes in Quebec, a predominantly French-speaking province that is a key political battleground, home to 78 of the 338 seats up for grabs.

Scheer said last week that Trudeau was "a phoney and a fraud" who did not deserve to govern. Scheer has repeatedly said Trudeau will raise taxes immediately after the election - which Trudeau has denied.

The Conservatives were the source of a video of Trudeau in blackface in the early 1990s. They gave it to Global News to authenticate and it emerged a day after the first blackface picture was published by Time magazine.

Trudeau targeted his Conservative counterpart near the end of the nearly six-week official campaign period, which has been characterized by mudslinging on both sides.

"We may wake up Tuesday morning and have a government led by Andrew Scheer. And the only way to avoid that is to vote for the Liberal Party," Trudeau said.

For his part, Scheer has had to deal with repeated references by Trudeau to his personal anti-abortion stance, even though the Conservative leader has said he will not limit a woman's right to choose.

"Justin Trudeau has been dividing Canadians - pitting regions of our great country against each other," Simon Jefferies, a spokesman for Scheer's campaign, said in a statement, adding Trudeau "should take a look in the mirror."