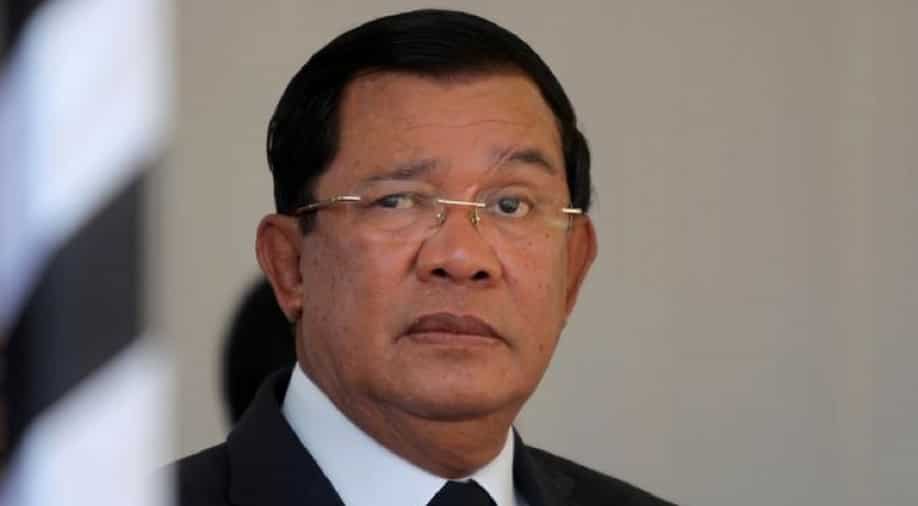 Some 26 people were injured after the Chinese-owned building collapsed on Saturday in the coastal town of Sihanoukville, prompting Prime Minister Hun Sen to fire a top disaster management official.

A Cambodian court charged seven people on Tuesday, including five Chinese nationals, with involuntary manslaughter and conspiracy after 28 people died in a collapsed building on the weekend.

Some 26 people were injured after the Chinese-owned building collapsed on Saturday in the coastal town of Sihanoukville, prompting Prime Minister Hun Sen to fire a top disaster management official.

Investigators are trying to determine what caused the seven-storey steel and concrete structure to crumple without warning before dawn, trapping construction workers who were sleeping on the site. The last two survivors were found on Monday.

The port and resort town has seen a rush of Chinese investment in recent years, especially in the casino, property and tourism sectors, and questions have been raised about construction standards.

Three other Chinese nationals, a Vietnamese and a Cambodian were charged with conspiracy related to the charges, the court documents showed.

The men were not available for comment on Tuesday.

Hun Sen fired a top disaster management official on Monday for failing to take responsibility for the disaster and accepted the resignation of Yun Min, the governor of Preah Sihanouk province.

High-level resignations over wrongdoing are rare in Cambodia.

The accident has sparked a public debate about the nature of Chinese businesses in Cambodia, which critics say are allowed to operate without enough scrutiny.

Sihanoukville is home to Cambodia's largest port and a Chinese Special Economic Zone linked to Beijing's Belt and Road initiative.