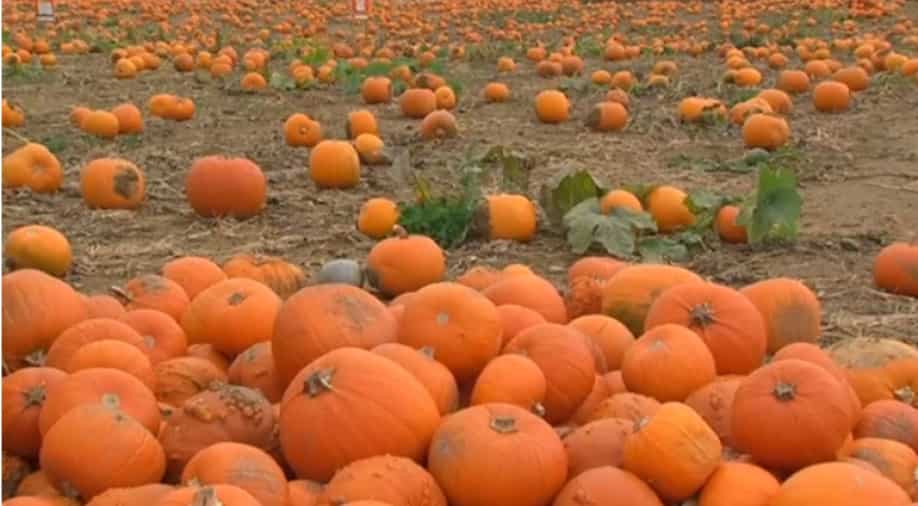 Millions of?pumpkins?are grown in the UK each year, and up to 90% of orange ones are sold in the lead up to?Halloween. Photograph:( Reuters )

Pumpkin sales are peaking ahead of Halloween festivities, and farmers are expecting to do a brisk trade in the upcoming weeks.

Halloween is the second largest retail festival in the UK after Christmas.

Fox's Farm Produce grow and sell between 50,000-100,000 pumpkins a year - all in the lead up to Halloween, and sell both directly to consumers and shops.

"We love Halloween. It has always been in the family, my dad used to grow them and we just capitalised on this as well. It is very Americanised, a growing market and we just love pumpkins," says Guy French, who grew up on a potato and vegetable farm and has run Foxes Farm Produce since 2003.

Millions of pumpkins are grown in the UK each year, and up to 90% of orange ones are sold in the lead up to Halloween.