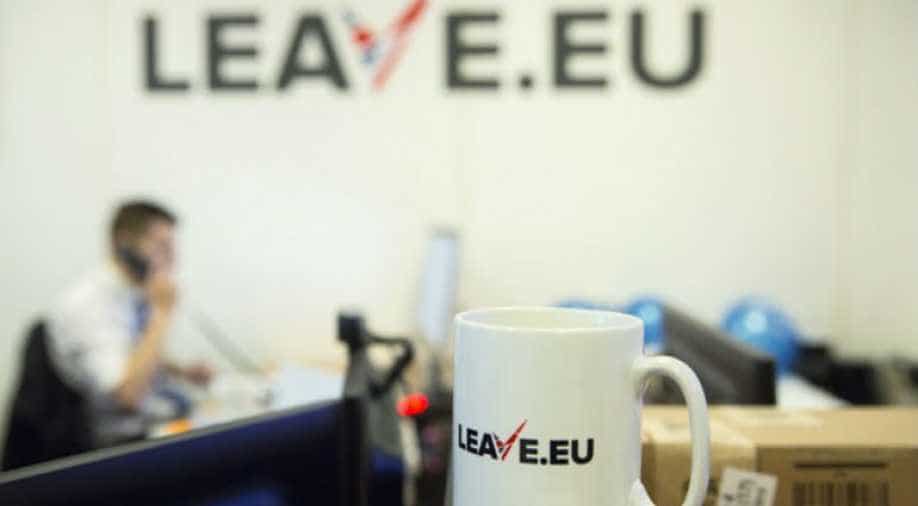 A worker answers a telephone in the office of Brexit group pressure group "Leave.eu" in London. Photograph:( Reuters )

Britain's Electoral Commission has fined Leave.EU, one of the main campaign groups for Brexit in the 2016 referendum, for breaking spending rules.

Leave.EU was fined 70,000 pounds ($95,000) for multiple breaches of electoral law, but the voting regulator said it had found no evidence that Leave.EU received donations or paid-for services from Cambridge Analytica, a political consultancy at the centre of a storm over how Facebook data was used in political campaigns.

Leave.EU and Cambridge Analytica had previously denied working together on the Brexit campaign. Leave.EU was not the officially designated "leave" campaign group during the referendum.