Britain will not keep 'bits' of EU membership: PM Theresa May 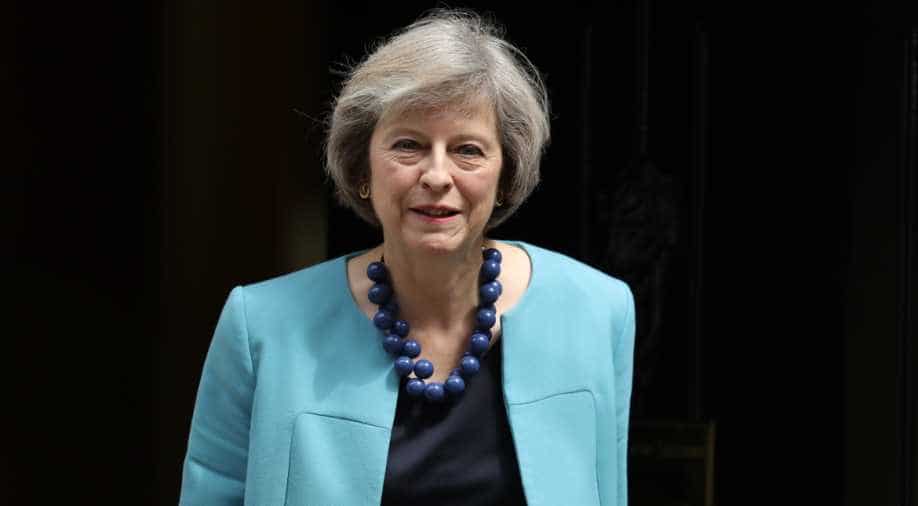 Days before her comments, the UK's ambassador to EU had quit over 'muddled thinking' about Brexit. Photograph:( Getty )

British Prime Minister Theresa May said on Sunday she would set out her strategy for Brexit over the coming weeks, denying suggestions she was "muddled" in the pursuit of what she called the right relationship with the EU.

In her first interview of the year, May ignored growing calls from business leaders, lawmakers and opposition leaders for more detail on her strategy to leave the European Union, offering little beyond a pledge to get the best possible deal.

She repeated that what is a crucial issue on both sides of the EU debate - whether curbing immigration into Britain will be prioritised over preferential access to the bloc's single market - was not a "binary choice" and said that the country would not be keeping "bits" of EU membership.

"First of all I will be setting out some more details in the coming weeks as we look ahead to triggering Article 50," she said, referring to the start of the formal divorce procedure that she will invoke before the end of March.

"But what I am saying is that I think it is wrong to look at this as just a binary issue, as to either you have control of immigration or you have a good trade deal - I don't see it as a binary issue."

EU officials say Britain cannot have access to its single market of 500 million consumers without accepting the principle of free movement and have repeatedly warned May against trying to "cherry pick" the profitable parts of their union.

May said she was aiming for "an ambitious deal", shrugging off a suggestion by Britain's former ambassador to the EU, Ivan Rogers, that her government was "muddled" in its approach to some of the most complicated negotiations the country has held since World War Two.

"Our thinking on this isn't muddled at all," she said.

"What I am talking about is getting the right relationship for the UK with the EU. We mustn't think about this as somehow we are coming out of membership but we want to keep bits of membership."

But beyond stating that she would provide more detail in the coming weeks, May offered little further insight into her strategy - something that the first minister for Scotland, Nicola Sturgeon, described as "unacceptable".

Increasingly under fire, May, appointed prime minister after Britain's EU referendum in June, will use a speech on Monday to try to switch the focus from Brexit to her vision of a "shared society" which protects those families who are just managing.

"We must...deliver real social reform across every layer of society so that those who feel that the system is stacked against them - those just above the threshold that attracts the government's focus today yet those who are by no means rich or well off - are also given the help they need," she will say.