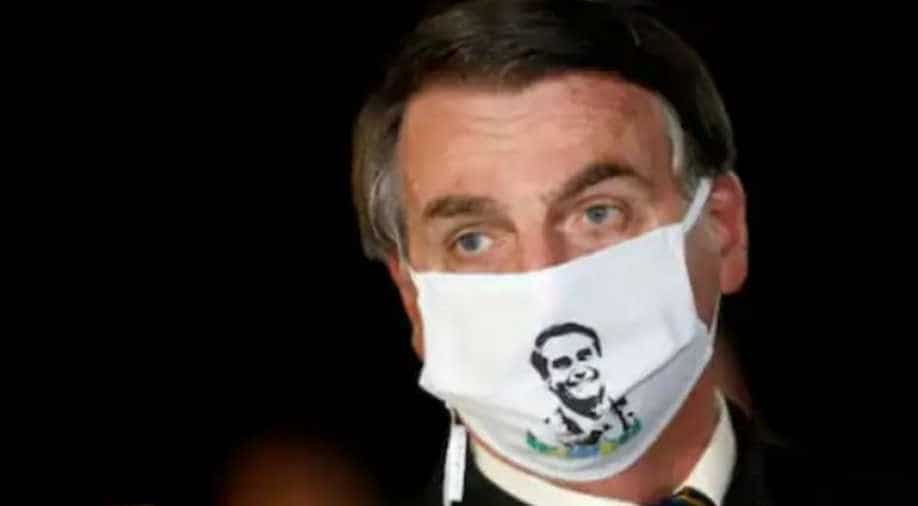 According to the U.S. Centers for Disease Control and Prevention. Brazil’s outbreak is spiralling out of control, with vaccines in short supply and Bolsonaro fighting lockdowns.

The Supreme Court of Brazil has ordered the Senate on Thursday to investigate the government's handling of the deadly covid-19 pandemic and the full court ruled that churches can be barred from reopening during the pandemic, threatening to further strain tensions between President Jair Bolsonaro and the judiciary.

According to the reports, the Senate about to open an investigation into the response of the government of President Jair Bolsonaro, who has played down the pandemic from the start.

Brazil is nearing the single-day record that the United States registered on January 20 of 4,405 deaths, according to the U.S. Centers for Disease Control and Prevention. Brazil’s outbreak is spiralling out of control, with vaccines in short supply and Bolsonaro fighting lockdowns.

The public healthcare system has shown growing signs of buckling under the caseload, and a survey by the National Association of Private Hospitals (ANAHP) this week suggests even the richest hospitals are running short on critical medicine.

Three out of four private hospitals said they have a week or less of supplies for treating COVID-19, including oxygen, anaesthesia and essential drugs for intubation, according to the ANAHP survey of 88 member hospitals across Brazil.

Bolsonaro’s government has minimized the risk of hospitals running out of medicine, as the right-wing leader tries to allay fears of the virus, while railing against state and local efforts to restrict movement.

“Let’s not cry over spilt milk. We’re still going through a pandemic that, in part, is being used politically - not to defeat the virus but to bring down the president,” Bolsonaro said in a public address on Wednesday. “In what country on earth do people not die? Unfortunately, people die everywhere.”

Brazil’s Senate plans to set up a special committee next week to investigate the government’s response to the pandemic, Senate President Rodrigo Pacheco said.

A Supreme Court judge ruled on Thursday that the Senate must proceed with installing the committee, which Pacheco had sought to delay despite already having been approved by a sufficient number of senators.

While stating he would comply with the court order, Pacheco said it was too early to investigate while Brazil was still dealing with the crisis and that the committee would put members’ health at risk as its meetings are held in person.

More than 345,000 people have died of COVID-19 in Brazil, making it the second-deadliest outbreak after the United States, whose population is about 50% greater at about 330 million.

Brazil’s Supreme Court also ruled on Thursday that state and municipal bans on religious gatherings were legal, in a blow to Bolsonaro, who has called them an attack on religious freedom.

As Brazil suffers the worst of the pandemic, the country has become a testing ground for new vaccines.

Anvisa said the companies were authorized to conduct phase 3 trials in Brazil. The companies are recruiting around 3,500 Brazilian volunteers for the study, which will include some 30,000 people, in the U.S., Canada, Europe and Latin America.

US 'too negative' towards China, says top Beijing diplomat