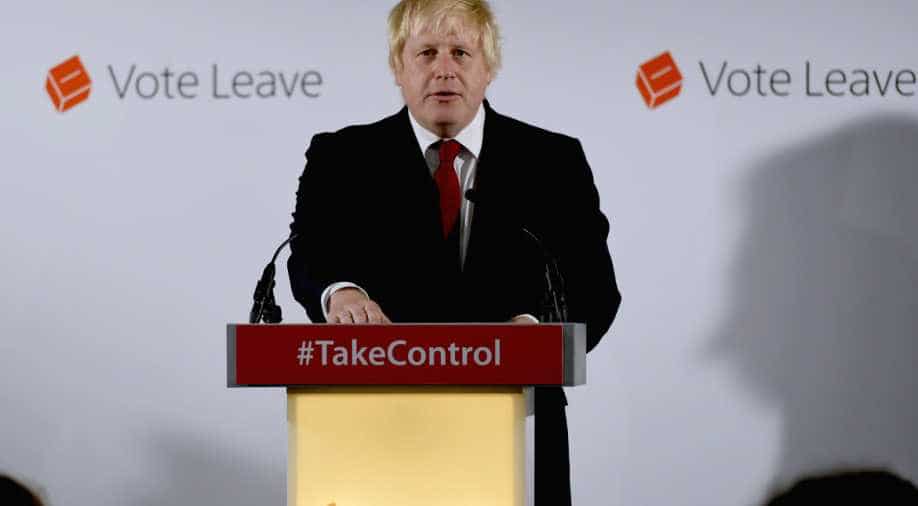 Cameron has left to his successor the task of renegotiating Britain's relationship with the EU. In Labour meanwhile, Angela Eagle is expected to announce a leadership challenge to Jeremy Corbyn. Photograph:( Getty )

One of the key "Leave" campaigners in Britain`s European Union (EU) membership referendum, Boris Johnson, has won the backing of Justice minister Michael Gove to replace David Cameron as prime minister, a newspaper has reported.

Gove reportedly called Johnson by telephone on Saturday to say he would back him for the leadership of the ruling Conservative Party, The Sunday Times said.

After voters in the referendum took the historic decision to back the "Leave" campaign which was led by Johnson and Gove, Cameron announced on Friday that he would step down as prime minister by October. Cameron had urged voters to stay in the bloc.

The Sunday Times said interior minister Theresa May was expected to enter the leadership contest in the coming days and was likely to get support from allies of Cameron who see her as the best candidate to take on Johnson, a former London mayor.

May supported the "Remain" campaign but took a lower profile than Cameron and finance minister George Osborne, whose hopes of becoming the party`s next leader took a big blow with the outcome of the referendum.