Boko Haram releases video, says it is of Chibok girl who refused to be rescued 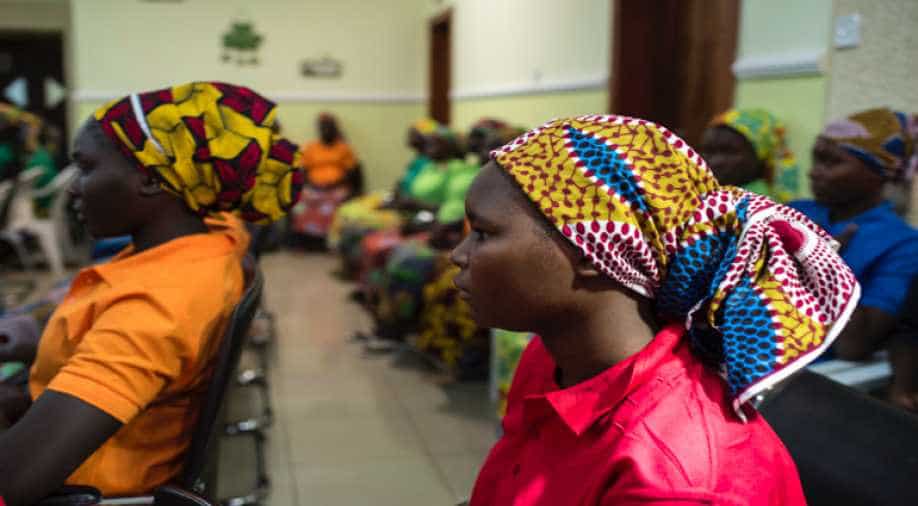 Boko Haram late on Friday released a video claiming to show the Chibok schoolgirl who refused to be rescued as part of a recent swap deal with the Nigerian government.

In the three-minute video, a woman who claims to be Maida Yakubu, one of the schoolgirls kidnapped by Boko Haram in April 2014, is seen wearing a black veil and holding a gun.

Flanked by three other women clad in black, she proclaims her loyalty to Boko Haram, a jihadist group that has killed over 20,000 people since taking up arms against the Nigerian government in 2009.

When asked by a man in the background why she doesn't want to go back home to her parents, she replies: "the reason is that they live in the town of unbelief. We want them to accept Islam."

The woman then speaks in the local Chibok dialect for the rest of the video.

Flanked by three other women clad in black, she proclaims her loyalty to Boko Haram, a jihadist group that has killed over 20,000 people since taking up arms against the Nigerian government in 2009

Last week, 82 schoolgirls who were kidnapped three years ago were released after negotiations between the terrorist group and the government.

Presidency spokesman Garba Shehu later disclosed that one girl had refused to leave.

She declined to be part of the release deal because she had married a Boko Haram fighter, Shehu said.

Analysts said it was likely others may have developed sympathies for their captors over time.

Fifty-seven escaped in the immediate aftermath. Of the 219 who did not manage to flee, 106 have either been released or found, leaving 113 still missing.

Boko Haram released a second video on Friday claiming to show five commanders that the Nigerian government freed in exchange for the 82 Chibok girls.

In the video, a man who identifies himself as Abu Dardaa, or Money, says Boko Haram is back in Sambisa Forest and is preparing to bomb Nigeria's capital city of Abuja.

The threat comes as Nigeria opened another round of talks for the release of more kidnapped schoolgirls.

The Nigerian military said in December that it had ousted Boko Haram from their Sambisa Forest stronghold in northeastern Borno state.

While the jihadists have lost significant swathes of territory since Nigerian President Muhammadu Buhari came into power in 2015, they are still capable of launching deadly attacks on soldiers and continue to unleash suicide bombers in cities and camps for internally displaced people in Nigeria's ravaged northeast.