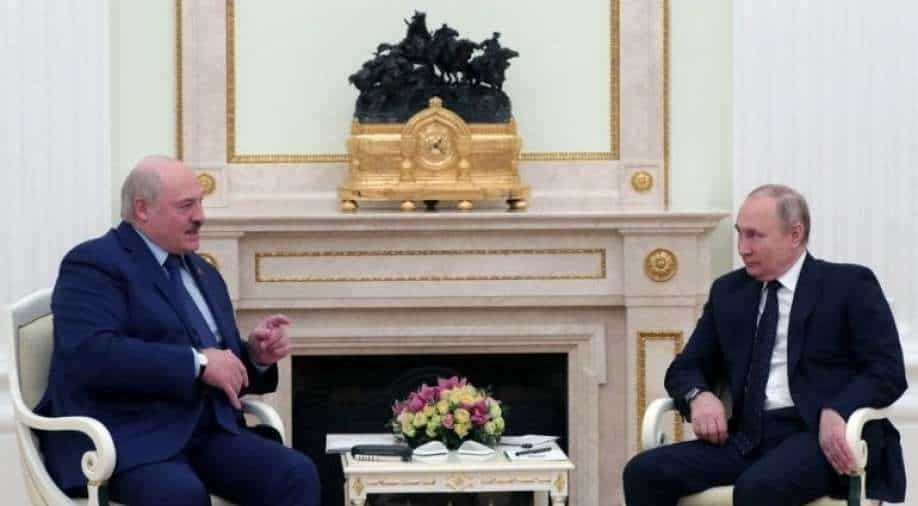 Belarus President Alexander Lukashenko has said Russian President Vladimir Putin is healthy, sane and "in better shape than ever."

"He and I haven't only met as heads of state, we're on friendly terms," Lukashenko said in a recording of the interview shared by state news agency BelTA.

"I'm absolutely privy to all his details, as far as possible, both state and personal."

Putin's latest public appearance had sparked fresh speculation about the Russian president's health after he walked with a prominent limp.

"The West, and you, should get this stupidity, this fiction out of your heads," he told the interviewer.

"Putin is absolutely fit, he's in better shape than ever ... This is a completely sane, healthy person, physically healthy - he's an athlete."

"As they say here - he'll catch a cold at all our funerals."

The Belarusian people oppose Russia's invasion of Ukraine, being facilitated by the Minsk regime, and see their country's fate tied to the outcome of the war, Belarus's exiled opposition leader said Thursday.

Svetlana Tikhanovskaya insisted on the need to distinguish between the position of Belarus's autocratic leader Alexander Lukashenko and the people he rules with an iron fist.

"These are two different issues," she said in an interview in Geneva.

Belarusians, she said, were now not only forced to fight against their own regime, "but also for Ukrainians, because we understand that the fate of Belarus depends on the fate of Ukraine".

The West responded to Belarus hosting Russian troops for the invasion by slamming it with new tough sanctions along with Russia.

Lukashenko ominously warned that more sanctions from the West are “pushing the world to the brink of World War III.”

The Belarusian leader, who said previously that his country could host Russian nuclear weapons, said that he warned French President Emmanuel Macron in a call Saturday that he was ready to make the move if the US and its allies deploy nuclear weapons to NATO members Poland and Lithuania, which border Belarus.

"While the USSR existed, the world was multipolar and one pole balanced the other," he said. "Now the reason for what's happening in the world is unipolarity - the monopolisation of our planet by the United States of America."