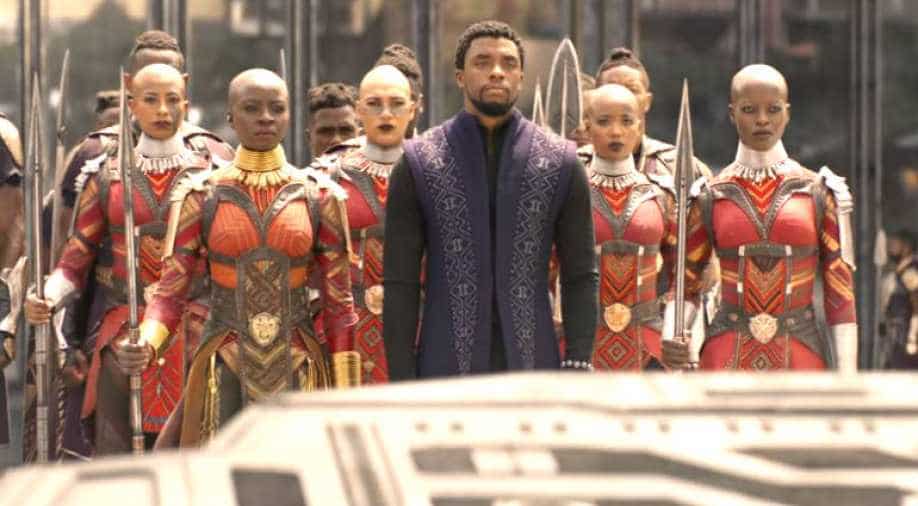 Chadwick Boseman in a still from 'Avengers: Infinity War' Photograph:( Others )

There is just too much excitement around Avengers: Infinity War and rightly so. The film that features a gamut of stars has been teasing fans with posters and teasers for the past few weeks which has just piqued our curiosity. The latest teaser gives a glimpse of Black Panther and Teenager Groot from Guardians Of The Galaxy.

The video, titled ‘All of Them’, offers a better look at the Battle of Wakanda, which they’ve been teasing ever since the first trailer was unveiled. Chadwick Boseman can be seen saying,  “Today we don’t fight for one life, we fight for all of them,” giving a hint at the enormous crisis at hand for the superheroes.

Black Panther’s star power has risen significantly since the release of the character’s solo movie in February. The film has shattered Box Office records with stupendous earnings at the Box Office and recently overtook the first Avengers movie to become the highest-grossing superhero movie of all time in America. So it is natural that Marvel Cinematic Universe would plug Boseman's track a lot more in all the trailers of the upcoming Avengers film.

The new trailer also gives us our first good look at teen Groot. Vin Diesel, who gives Groot his voice, also gets to be a part of Avengers. Diesel’s voice is heavily modified like all Guardians Of The Galaxy films. He is seen retorting with a signature ‘I am Groot,’ when Peter Quill scolds him about always being on the phone.

The film is scheduled for an April 27 release worldwide.