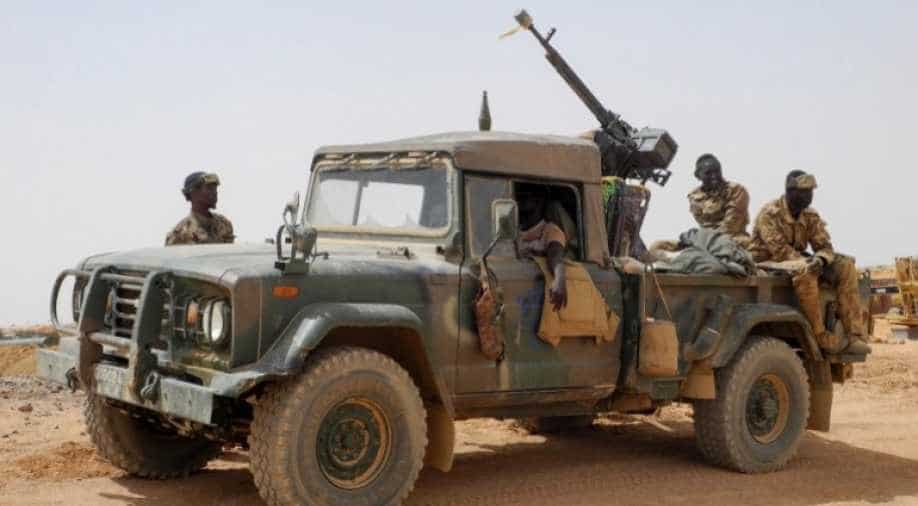 The assault is one of the deadliest strikes against Mali's military in recent Islamist militant violence.

Fifty-three soldiers were killed Friday in a "terrorist attack" on a Mali military post in the northeast of the country, the government said.

The assault is one of the deadliest strikes against Mali's military in recent Islamist militant violence.

A civilian was also killed at the outpost in Indelimane, in the Menaka region, close to the border with Niger, the country's communication minister Yaya Sangare said on Twitter.

"The situation is under control. A search and the process of identifying the bodies is continuing," he added, after giving the latest update on the death toll.

He said 10 survivors were found at the outpost, which suffered "significant" damage.

No further details of the attack were given.

The Malian government earlier condemned the "terrorist attack," saying it had left numerous dead or wounded but without giving a precise toll.

"Reinforcements have been dispatched to secure the area and hunt down the attackers," the statement added.

It comes a month after two jihadist assaults killed 40 soldiers near the border with Burkina Faso, however, several sources said the death toll had been downplayed.

The deadly assault sparked protests outside a military camp in the country's capital Bamako.

Mali's army has been struggling in the face of a jihadist revolt that has spread from the arid north to its centre, an ethnically mixed and volatile region.

The recent assaults are also a humiliation for the so-called G5 Sahel force -- a much-trumpeted initiative under which five countries created a joint 5,000-man anti-terror force -- and for France, which is committed to shoring up the fragile region.

Northern Mali came under the control of Al-Qaeda linked jihadists after Mali's army failed to quash a rebellion there in 2012.

A French-led military campaign was launched against the jihadists, pushing them back a year later.

But the jihadists have regrouped and widened their hit-and-run raids and landmine attacks to central and southern Mali.

The violence has also spilt over into Burkina Faso and Niger where militants have exploited existing inter-communal strife, leaving hundreds dead.