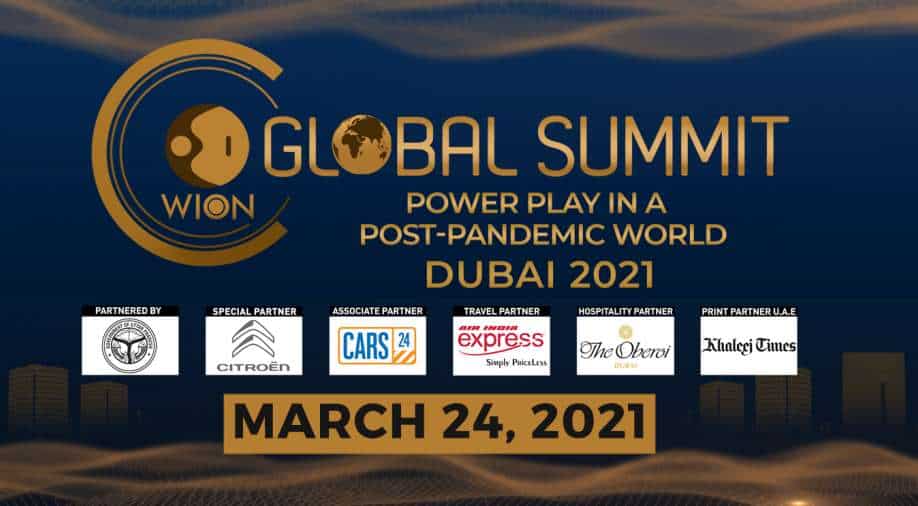 'Power Play in a Post-Pandemic World' is the theme of the fourth editoin of the summit, which will have four sessions.

'Power Play in a Post-Pandemic World' is the theme of the fourth edition of the summit, which will have thought-provoking discussions in four sessions.

Jaishankar will be the chief guest at the event to be held at The Oberoi, Dubai, where world leaders, thinkers and influencers will engage in dialogue on the common challenges currently affecting the world.

Pavan Kapoor, Indian Ambassador to UAE, will deliver the welcome note on behalf of the host nation, United Arab Emirates.

Panelists will focus their attention on issues at the intersections of global politics, economy, diplomacy and our daily lives in the wake of the COVID-19 pandemic.

The first session will focus on peace deals in West Asia. The discussion will touch upon several topics in the wake of the change of guard in the US and several nations formalising or normalising their diplomatic ties with Israel. Is the Abraham Accords a political win for Israeli Prime Minister Benjamin Netanyahu and a foreign affairs victory for Donald Trump? What is the future of the annexation of West Bank? Does it amount to a betrayal for Palestine? In the context of a new administration at the White House led by Joe Biden, what's the future of West Asia? Will the US be returning to the talking table with Iran, considered the 'common enemy'? These are among the questions that will be discussed at this session.

The second session, titled The Post-Pandemic World Order, will explore how COVID-19  exposed the failure of multilateral institutions as well as the lack of global leadership. A key question that will be asked is, who will be the post-pandemic global leader, or will it have several global leaders?

There will be discussions on how the pandemic diminished the credibility of the US, the worst-hit by the pandemic, and exposed its lack of interest in global leadership. The session will also examine how the pandemic was a double whammy for West Asia, as it led to the oil market slump.

There will be discussions on the fight against political Islam in Europe. Other questions on the table would be: Has the pandemic opened opportunities for new alliances? Will the world reset its ties with China post the pandemic? Will there be a shift in economic power? Will there be a push towards multilateralism or ultra-nationalism? Besides these burning questions, the parleys will also focus on India's role in the post-pandemic world.

The third session, on World Economy: The Price of the Pandemic, will focus on how the coronavirus brought about an economic downturn not seen since World War II. It will examine economic trends of 2021, by the end of which global GDP is expected to be 7.5% lower than it would have been without the pandemic.

At issue are joblessness and business shutdowns, with 15% of young, previously employed, people out of jobs. The panelists will address areas such as US unemployment, which is highest since the Great Depression, as well as the future of pandemic-hit sectors such as oil, tourism and aviation. It will discuss why China is not being held accountable, even as several countries are pushed into a recession by the pandemic.

The fourth and last session will explore the digital revolution that saw the world go online during the pandemic. While digital was always the future, the pandemic has accelerated the shift, with e-working and e-learning becoming common. At issue are questions like whether companies will move to permanent work from home, and whether it will take a toll on work-life balance. Are concerns about data security being addressed during this digital revolution? Is the world prepared for the move online?