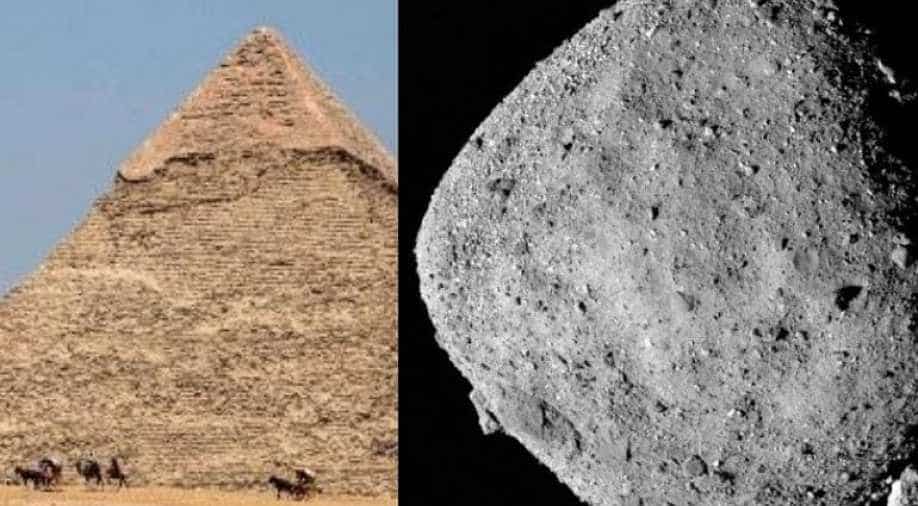 The asteroid reported to be 120-270 metres in diameter is twice as big as the Great Pyramid of Giza in Egypt.

After a car-sized asteroid went past the Earth, NASA scientists say an asteroid twice the size of the Great Pyramid of Giza is set to hit the Earth's orbit on Sunday.

Also Read: Students from Gujarat in India spot an asteroid heading towards Earth

The asteroid called the "Near-Earth Object" will be entering the Earth's orbit on September 6, according to NASA scientists.

The huge object is reportedly travelling at a speed of 31,400mph. The scientists have reportedly been tracking it since 2010. The asteroid, dubbed 465824 (2010 FR), will be 4.6 million miles away from the Earth and poses no threat to our planet, however, it has been classified as "close approach" by NASA.

The asteroid is reported to be 120-270 metres in diameter which is twice as big as the Great Pyramid of Giza in Egypt.

An SUV-sized asteroid had passed Earth's orbit last month which was 1,830 miles away, the closest an asteroid has ever been observed passing the planet.

The asteroid named "2020 QG" was reportedly three to six meters long moving at nearly eight miles per second, the scientists had said.

NASA had said that similarly sized asteroids pass by Earth at a similar distance a few times per year, however, they are difficult to record, unless they head directly towards the planet, in which case the explosion in the atmosphere is usually noticed.