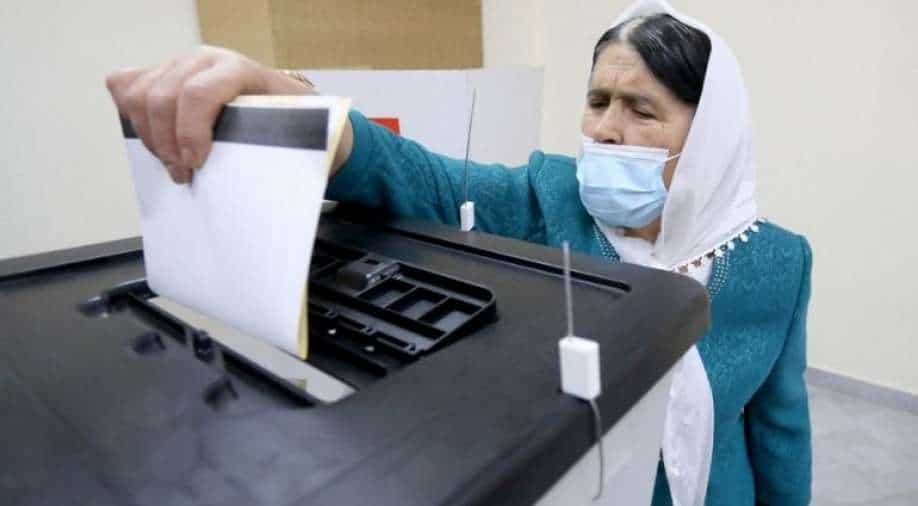 A woman casts her vote during the parliamentary elections at a polling station. (Representative Image) Photograph:( AFP )

Argentina's ruling center-left 'Frente de Todos' coalition is seeking to defend a majority in the Senate and its strong position in the lower house, where it is the largest block

The Argentina government has agreed with opposition parties to postpone primary and mid-term elections due to take place from August for five weeks due to the COVID-19 pandemic, the Interior Ministry said in a statement on Friday.

Argentina's ruling center-left "Frente de Todos" coalition is seeking to defend a majority in the Senate and its strong position in the lower house, where it is the largest block.

"We were able to reach an agreement with the different (legislative) blocs to push back this year's elections, putting the health and lives of the people first," Interior Minister Enrique de Pedro said in a statement.

Mario Negri, from opposition coalition Together for Change, said the decision had been made to wait until more people were vaccinated.

There are 127 seats up for grabs in the lower Chamber of Deputies out of 257 in total, and 24 in play in the Senate out of the chamber's 72 seats.

Pollsters expect the government to lose seats in the election, though the challenge may fall short of erasing its Senate majority.

Primary elections, which were due to be held on August 8, will be delayed until September 12 while the mid-terms, due to be held October 24 and will now be held November 14.

Argentina, with a population of about 45 million people, is now recording the highest number of COVID-19 infections since the start of the pandemic last year. As of Friday, 3.1 million cases have been confirmed and 66,872 people have died.