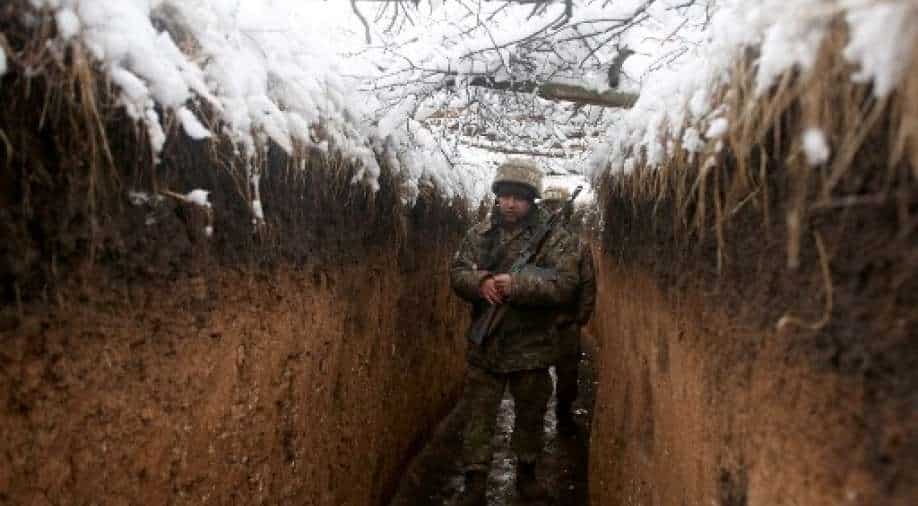 The document reportedly asked Russian authorities to organise a 'mass funeral' while calling for the 'identification of places of possible burials' as tension mounts on the border with Russia.

Amid tensions with Ukraine at the border, reports claim Russia has approved "urgent burial of corpses in war and peacetime".

The move comes even as the White House on Friday declared that there was "military buildup by the Russians" and "bellicose rhetoric from the leader of Russia" referring to President Putin.

The US has warned Russia of "massive consequences" if Russia attacks Ukraine as reports claimed over 100,000 troops were amassed at the border.

The new measures are expected to come into force from February 1.

The order also called for the "implementation of civil defence measures". The document reportedly asked Russian authorities to organise a "mass funeral" while calling for the "identification of places of possible burials".

"The decision to create burial sites is made by the executive authority of the constituent entity of the Russian Federation," it said.

In order to deescalate tensions, the US government said it is preparing for talks with Russia after Kremlin submitted a document on security guarantees to the Biden administration and NATO.

Putin has consistently demanded that NATO should not expand its border to the east overlooking Russia. During the annual press conference, the Russian leader said he is ready to discuss the proposals with President Biden.

The Russian president informed that Biden had proposed to assign "official representatives" to discuss the issues. Putin asserted that "real action" needed to be taken by the West while stressing on "unconditional measures to ensure Russia’s security".

"NATO’s further expansion to the East is unacceptable," Putin said at the press conference.