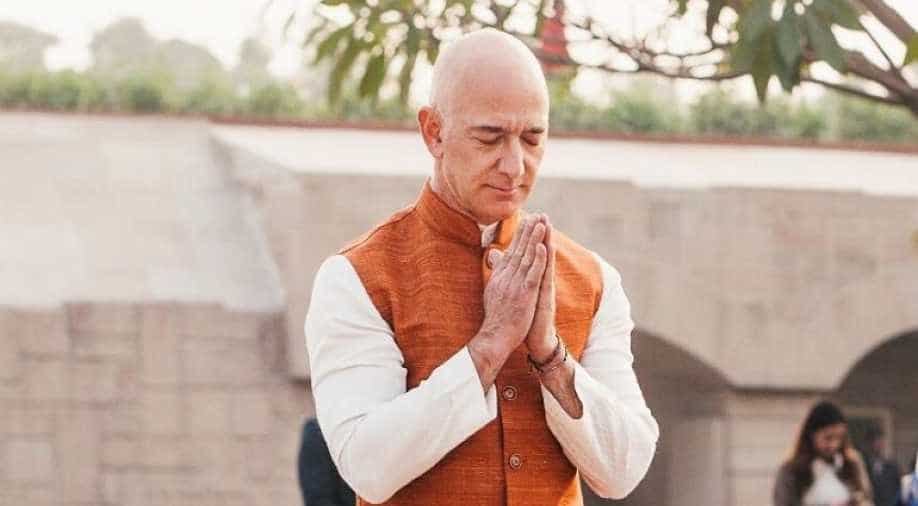 One of the first thing he did was visiting the Gandhi memorial at Rajghat. He was seen placing flowers at the memorial and paying respect.

Amazon CEO Jeff Bezos who is in India for an annual Amazon event yesterday visited the Mahatma Gandhi memorial in New Delhi.

One of the first thing he did was visiting the Gandhi memorial at Rajghat. He was seen placing flowers at the memorial and paying respect. Bezos posted a video where he can be seen in a white kurta and an orange half-jacket, carrying a colourful wreath of flowers on the lawns of the memorial at Raj Ghat.

Just landed in India and spent a beautiful afternoon paying my respects to someone who truly changed the world. “Live as if you were to die tomorrow. Learn as if you were to live forever." - Mahatma Gandhi. pic.twitter.com/xDXAT9cBgf

Amazon's Jeff Bezos, richest man in the world, has been under fire for work policies termed as “brutal”. It was in the context that many have responded to the video posted by him on social media paying respect of Gandhi.

Hey @JeffBezos, you & other corporate leaders should be boycotting the Modi regime. Did you know that:

Kashmir has been without internet since Aug 5, 2019;

Millions could be rendered stateless in Assam;

I think Ghandi would have a few words to say to the richest man on the planet. And his cheapskate way of handling charity and the way Amazon treats its employees as human filth #JeffBezos

True his sweat shops are the worst. Don’t be a few minutes late you’ll be fired even if you call and let them know there was an accident. And what’s up with the cult numbering system? That’s just creepy.