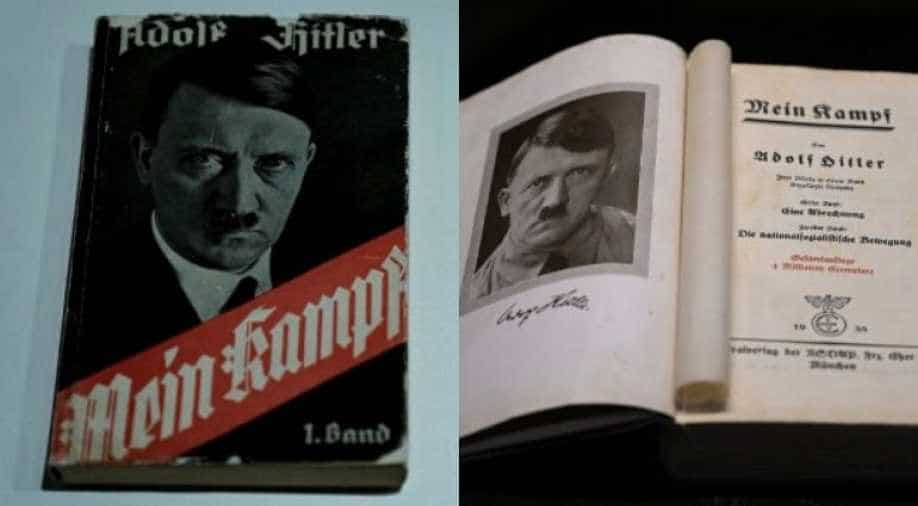 The ban follows decades of campaigning by Holocaust charities.

The teach giant informed booksellers that they will no longer be permitted to sell a number of books written by Nazi authors spreading ideas of anti-semitism among children.

The website in an email to booksellers said that ''they can no longer offer these books'' as they break its code of conduct.

The ban follows decades of campaigning by Holocaust charities.

Interestingly, leading Holocaust education charities and Jewish groups have campaigned since the late 1990s to stop Amazon from selling copies of Mein Kampf but the retailer had traditionally defended the right of free speech and the need for students to understand Hitler’s thinking when it comes to selling a book which is legal to publish.

Although most Nazi publications are easily available to download for free from other websites.

Dozens of cheap Kindle eBook editions of Mein Kampf have also been deleted from Amazon’s listings, along with Hitler’s Amazon author page, which encouraged individuals to follow for author updates and for information on new releases.

Other books that were banned included 'The Poisonous Mushroom' and 'The Mongrel,' both written by Third Reich publisher Julius Streicher, who was later executed for crimes against humanity for managing a Nazi newspaper.