After 12 years on the run Australia's most wanted man arrested 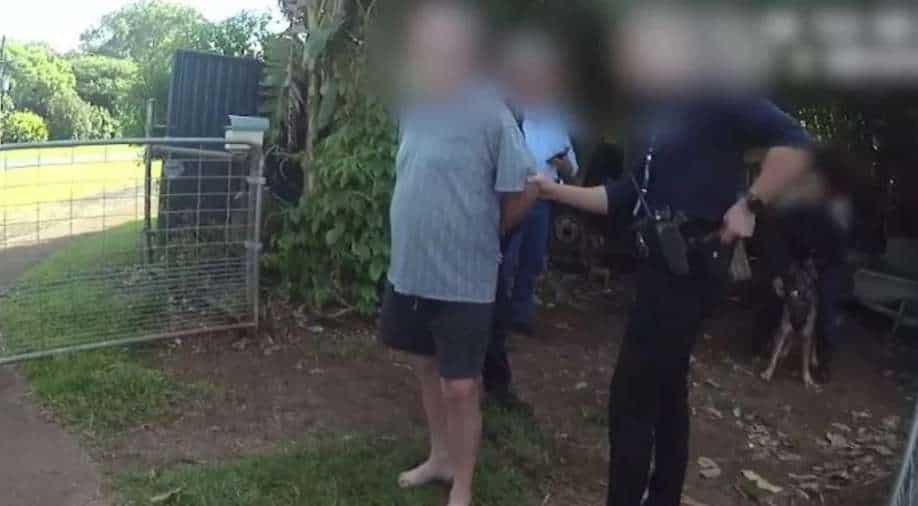 Graham Potter, a wanted fugitive, has been apprehended by officers in far north Queensland. (Picture courtesy: Queensland Police) Photograph:( Others )

After 12 years on the run, Australia's most wanted guy is apprehended inside a dingy room after decapitating a teenage girl and cutting off her fingers at his buck's party, reports dailymail.

After more than a decade on the run, Australia's most wanted man was apprehended by police in Far North Queensland.

Graham Potter was detained inside a dirty room on Monday at Ravenshoe, 120km south east of Cairns, on a litany of outstanding offences.

Authorities have been looking for the fugitive for the past 12 years after he reportedly failed to appear in Melbourne Magistrates Court in February 2010 on two counts of murder plot.

He was also wanted on federal narcotics charges for allegedly smuggling 15 million ecstasy tablets into tinned tomatoes in 2008, resulting in a 4.4-tonne ecstasy haul.

64-year-old Graham Gene Potter who since 2010 has been wanted on a Victorian warrant for conspiracy to murder, has been arrested in Ravenshoe in Far North Queensland this morning.

Potter had been charged after allegedly being recruited to carry out gangland killings when he was arrested in 2010. He was linked to Victorian and New South Wales organised crime figures at the time of his arrest in 2010.

He was one of three men indicted in the suspected premeditated murders of two men over a botched importation dispute inside a cocaine organisation.

Detectives from Victoria will now fly to Queensland to assist with Potter's extradition.

On Tuesday, Potter was scheduled to appear in Mareeba Magistrates' Court.

Potter's arrest, according to Victorian Acting Assistant Commissioner Mick Frewen, was an exceptional result for the country's police.