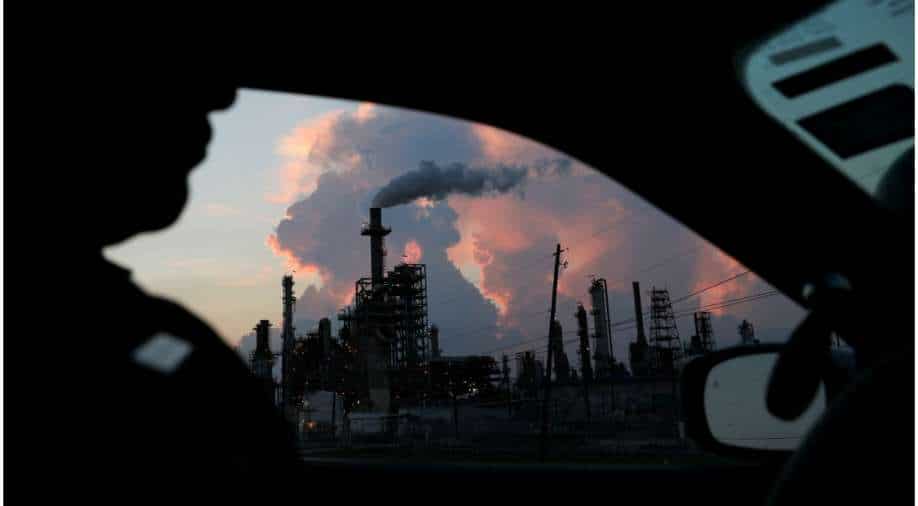 Almost all of the deaths will occur in regions hotter and poorer than US, areas from which global emissions are less significant, though they are more severely affected by the climate disasters that result

What is the cost of our carbon footprint — not just in dollars but in lives?

According to a paper published Thursday, it is soberingly high, perhaps high enough to help shift attitudes about how much we should spend on fighting climate change.

The new paper, published in the journal Nature Communications, draws on multiple areas of research to find out how many future lives will be lost as a result of rising temperatures if humanity keeps producing greenhouse gas emissions at high rates — and how many lives could be saved by cutting those emissions.

Most of the deaths will occur in regions that tend to be hotter and poorer than the United States. These areas are typically less responsible for global emissions but more heavily affected by the resulting climate disasters.

R. Daniel Bressler, a doctoral candidate at Columbia University, calculated that adding about one-quarter of the output of a coal-fired power plant, or roughly 1 million metric tons of carbon dioxide, to the atmosphere on top of 2020 levels for just one year will cause 226 deaths globally.

By comparison, the lifetime emissions beyond 2020 levels of a handful of Americans (3.5, to be precise) will result in one additional heat-related death in this century.

Also read | Actual carbon emissions are more than what countries are reporting: Study

Bressler also contrasted the effects of people in nations with big carbon footprints with those in smaller ones. While the carbon emissions generated by fewer than four Americans would kill one person, it would require the combined carbon dioxide emissions of 146.2 Nigerians for the same result. The worldwide average to cause that single death is 12.8 people.

The new paper builds on the work of William Nordhaus, a Nobel laureate who first determined what is known as the “social cost of carbon” — an economic tool for measuring the climate-related damage to the planet caused by each extra ton of carbon emissions. The concept has been a crucial part of policy debates over the expense of fighting climate change because it is used to calculate the cost-benefit analysis required when agencies propose environmental rules. The higher the social cost of carbon, the easier it is to justify the costs of the action.

Also read | Greenhouse gas emissions are on track to set a new record in 2023: IEA

In his paper, Bressler incorporated recent public health research that estimates the number of excess deaths attributable to rising temperatures into the latest version of the DICE model. The resulting extended model produced a startlingly high figure for the social cost of carbon: $258 per metric ton.

He coined a term for the relationship between the increased emissions and excess heat deaths: the “mortality cost of carbon.”

Heat waves, which have been made more frequent and more potent by climate change, have been linked to illness and death, with profound effects in less affluent countries. The recent off-the-charts temperatures in the Pacific Northwest and Canada have already been linked to hundreds of deaths.

Others have tried to put numbers on the mortality associated with climate change and the added costs that it entails, most notably the Climate Impact Lab at the University of Chicago. Maureen Cropper, senior fellow at Resources for the Future, a nonpartisan environmental research organization in Washington, suggested that Bressler’s $258 estimate appeared to be too high, in part because of the way that the paper looks at how people around the world view the value of their own lives. She added that “although one may disagree with some of the author’s assumptions, it is important for researchers to continue the effort.”

Bressler acknowledged that there were areas of uncertainty in the paper, including those built into some public health research investigating excess deaths caused by heat. He also relied solely on heat-related deaths without adding other climate-related causes of death, including floods, crop failures and civil unrest. The result is that the actual number of deaths could be smaller, or greater.

“Based on the current literature,” he said, “this is the best estimate.”

US speaks with Pakistan over situation in Afghanistan