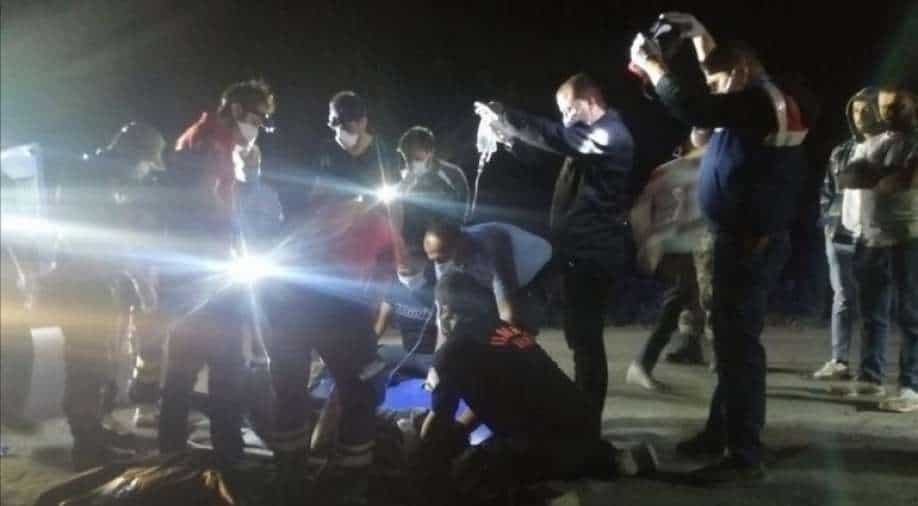 The minibus was carrying illegal immigrants when it met with an accident in the Muradiye district of Van province in Turkey, leading to the death of at least 12 people and injuring 20

A minibus transporting illegal migrants crashed on Sunday in the Muradiye district of Van province in Turkey. The accident has led to the death of at least 12 people and 20 others have been injured.

Within few minutes of the deadly accident, Turkey's Disaster and Emergency Management Authority (AFAD), firefighters, gendarmerie, and teams of medical experts were rushed to the scene of the crash.

While the exact cause of the accident is not yet clear, local media has reported that the minibus caught fire and the flames took some time to be extinguished.

As of now, all the injured people have been transferred to a nearby hospital. The owner of the bus was detained by the authorities.

Among the 12 dead, 11 were illegal immigrants and one was the person who had helped organise this illegal transporting, the authorities were quoted as saying on Sunday.