Would dinosaurs be alive if they had spaceships? Tech mogul Elon Musk believes so 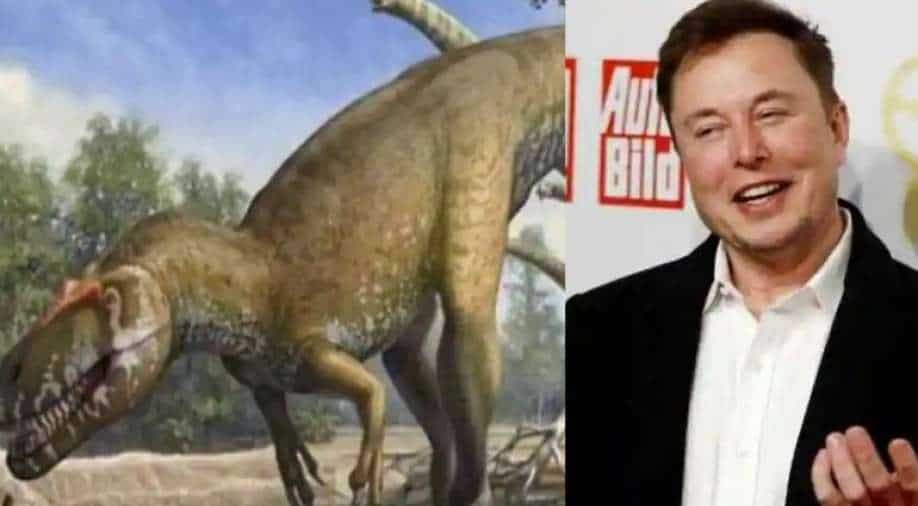 In pure-Musk style, no one could decipher the tone of the Tweet wherein Musk suggested that dinosaurs wouldn’t have perished millions of years ago if they had access to spaceships

Absurdist-in-chief and Tesla CEO Elon Musk has struck again! Known for using Twitter to push out uncanny takes, Musk has now inspired confusion among many.

In pure-Musk style, no one could decipher the tone of the Tweet wherein Musk suggested that dinosaurs wouldn’t have perished millions of years ago if they had access to spaceships.

Was he being sarcastic or is this a belief clutched close to his heart? We’ll never know. But we do know that the tech billionaire believes spaceship development could prevent future mass extinction events from causing massive population erasures.

If only they had spaceships, they’d still be around

Musk’s Tweet was in response to a meme about dinosaurs which he had himself shared. Twitterati were quick to respond - staying true to the ambivalent tone. One user wondered whether some dinosaurs actually left Earth on spaceships, saying “Maybe the opposite. They had spaceships & left :)”.

Maybe the opposite. They had spaceships & left :)

Another user wondered how the creatures would operate the spaceship.

But how would they fly it?

Scientists blame the extinction of dinosaurs on an asteroid collision, but have never explored what would have happened had the creatures developed spaceships to escape the planet.

Even then, new research continues to shed light on varying factors that caused the extinction of dinosaurs. Earlier this year, experts found that volcanic activities may have played a considerable role in the extinction process.

Published in Proceedings of the National Academy of Sciences, a research claimed that harmful gases released from a volcano in India may have considerably contribution to mass extinction of dinosaurs.

Regardless, Musk is Twitter famous for such hot takes. The space enthusiast recently suggested establishing permanent colonies on different planets, starting with Mars.

“We don’t want to be one of those single planet species, we want to be a multi-planet species,” Musk said in April after the launch of SpaceX’s “Crew-2” mission. Musk added how it had been almost 50 years since human beings set foot on the moon. “That’s too long”, he said.