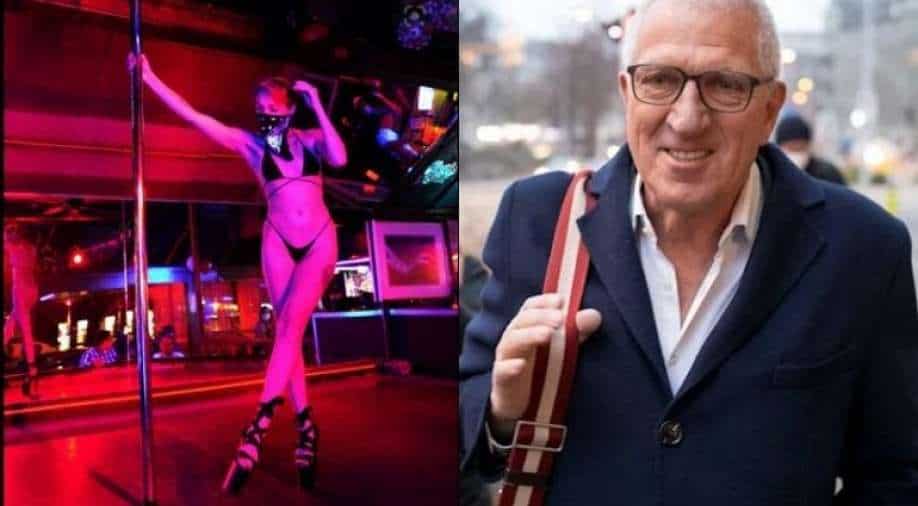 A former top Swiss banker charged with making millions of dollars through fraudulent deals said on Tuesday that a near 200,000 Swiss francs ($217,675) expenses bill for strip club visits was largely business-related.

A Swiss ex-banker who was once named "banker of the year" told a court on Tuesday that the $217,000 he spent at strip clubs was mostly for business purposes.

Pierin Vincenz, 65, is facing a slew of charges stemming from alleged fraudulent trades conducted between 2006 and 2017, according to Reuters. He previously led the Swiss banking giant Raiffeisen Switzerland.

The details that are attracting the most attention in Switzerland, according to the news agency, are around his alleged misuse of his business expense account.

According to The Sunday Times, Vincenz is accused of using his company credit card to bankroll a 20-year "tour de Suisse of the red-light zones" as described by the prosecutor.

"With regard to my visits to bars and nightclubs, I fully stand by my assertion that these were justified by business," Vincenz told a judge Tuesday, Reuters reported.

According to reports, the ex-banker travelled to the events, sometimes alone, to raise his public profile and network with entrepreneurs and business executives.

According to reports, other strange items were discovered on his spending invoices.

According to The Sunday Times, he spent $753 on dinner and drinks for someone he met on Tinder.

According to the publication, Vincenz informed a judge that the money was genuine since he was considering his Tinder date for a real estate job.

The 65-year-old was also accused of using his bank account to charge 27,000 Swiss francs ($29,000) for a private jet flight to the Spanish island of Mallorca for a cookery instruction.

Vincenz and his six co-defendants have denied all of the charges levelled against them.