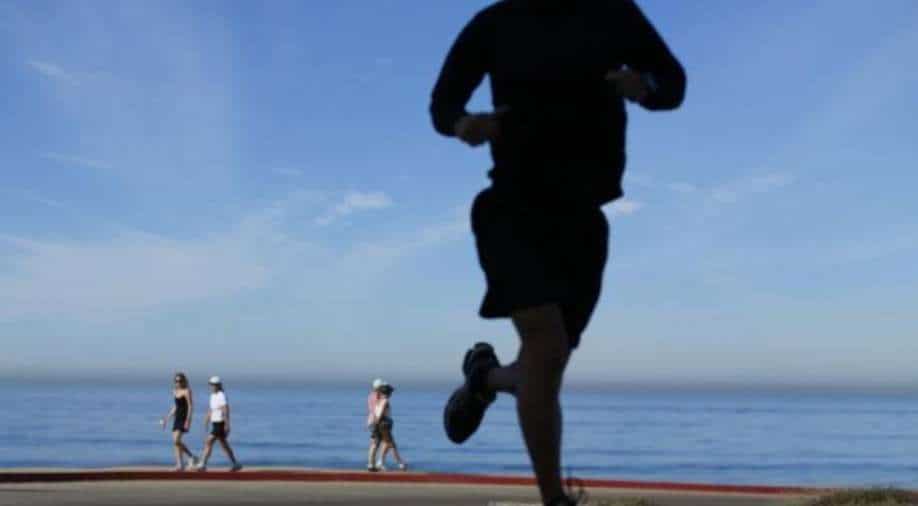 Doctors discovered that the man’s left lung had compressed by 90 percent, moving his heart to the right side of his body.

After heading on a jog while wearing a face mask, a 26-year-old man from Wuhan, China, ended up in the hospital with chest trouble.

After experiencing difficulties breathing, the jogger was transported to Wuhan Central Hospital, where he underwent significant surgery for a collapsed lung, according to the UK's Sun.

As per a report, even though the man was having difficulty in breathing, he ignored the signs and kept jogging. To make up for the loss of two months of lockdown, he pushed himself really hard to cover the distance of 6 km instead of 3 km.

The man's left lung had been compressed by 90%, forcing his heart to move to the right side of his body, according to doctors.

A collapsed lung is known as a pneumothorax, which occurs when air leaks into the space between the lung and the chest wall, causing shortness of breath and potentially fatal complications.

Health officials believe the man’s lung burst because he was wearing a mask while running.

While wearing a mask while exercising may seem like a good idea, it comes with a number of drawbacks.

We breathe more air during exercising, which requires our lungs to work harder.

The flow of air into our lungs is restricted by the mask, making you feel breathless and exhausted.