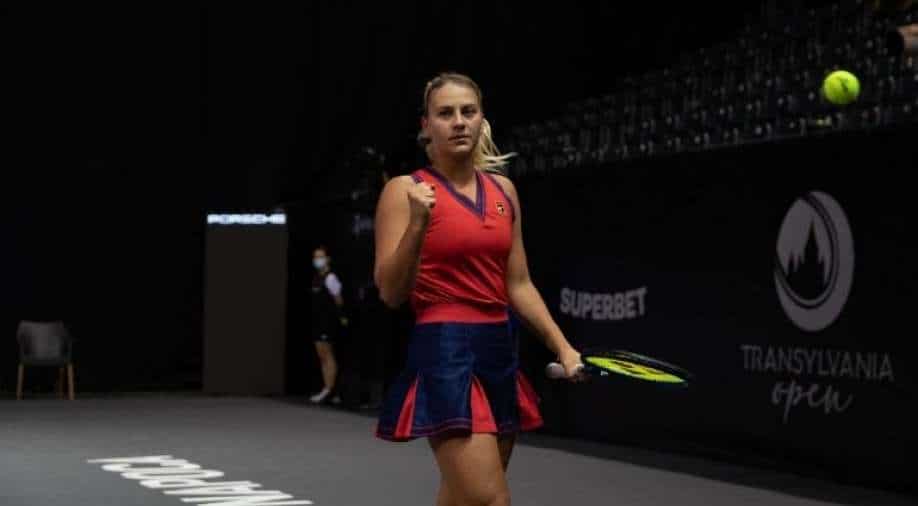 Sixth seed Marta Kostyuk will take on local favourite and former world number one Simona Halep in the semi-finals.

Ukrainian sixth seed Marta Kostyuk swept aside U.S. Open champion Emma Raducanu for an emphatic 6-2 6-1 win to march into the last four of the Transylvania Open on Friday.

Raducanu, who won her first two matches on the WTA tour to reach the quarter-finals, made 41 unforced errors as Kostyuk dictated play from the back of the court and easily overpowered the 18-year-old Briton.

Raducanu lost her opening service game and never recovered from the early setback, squandering her only break-point opportunity in the sixth game of the first set.

The second set started much like the first, with Raducanu again surrendering serve and the 19-year-old Kostyuk taking full advantage of her opponent`s erratic groundstrokes.

Raducanu showed glimpses of a fightback towards the end as she saved three match points on her own serve but eventually sent a backhand wide to fall to a crushing defeat in just under an hour.

Kostyuk will take on local favourite and former world number one Simona Halep. The other semi-final will be contested between Sweden`s Rebecca Peterson and Estonian Anett Kontaveit.