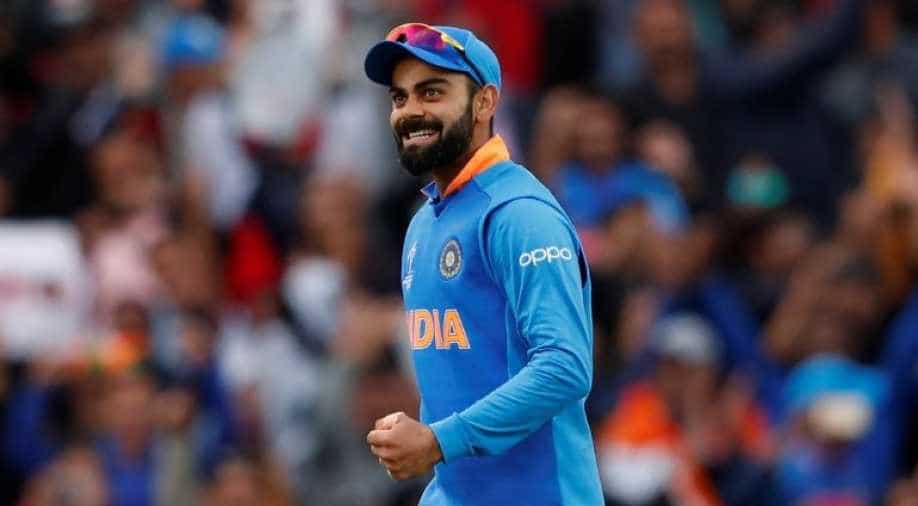 India have won both ways in their first two matches, expertly pulling off a chase in their tournament opener against South Africa before astutely defending a 350-plus total against Australia

India made quite a statement with their clinical victory against holders Australia but captain Virat Kohli is not entertaining any premature thoughts or taking a place in the semi-finals of the World Cup for granted.

India have won both ways in their first two matches, expertly pulling off a chase in their tournament opener against South Africa before astutely defending a 350-plus total against Australia.

They ticked almost every box in Sunday's mouth-watering clash at the Oval where Kohli and his top order colleagues fired in unison, their bowlers troubled Australian batsmen, and they looked pretty sharp on the field too.

Kohli was naturally pleased with the strong start but dismissed suggestions that India were now cruising to the last four.

"No, I think in my opinion it's too early to decide that," the 30-year-old said.

Currently ranked second in ODI, India began their World Cup campaign after everyone else against a South African side playing their third match on Wednesday.

They face New Zealand and Pakistan in their next two matches and take on hosts England at Edgbaston on June 30.

"The good thing is we're playing all strong sides up front, so as I mentioned in Mumbai before we left, if we do well in the first phase, we'll be in a better position to reach the semi-finals," Kohli said.

"From that point of view, we have to be at the best, at the top of our game, and precisely what we've done in the two games, and that's why we've won both."

Hardik Pandya also gave a good account of his pinch-hitting ability against Australia when the all-rounder, promoted ahead of the likes of KL Rahul and Mahendra Singh Dhoni, smashed 48 off 27 balls to help India past the 300-mark.

"In the past, sometimes he tried too hard, but I think what this IPL (Indian Premier League) has done for his batting is that he knows that he can clear the boundary whenever he wants," Kohli said.

"So he's not trying to over-hit the ball and he's just timing the ball so well.

"When you know that you can clear the boundary and you necessarily don't need to make anything happen, the bowler is under pressure because he needs to get it right.

"That's the most amazing place to be in, and I think he's going through that."