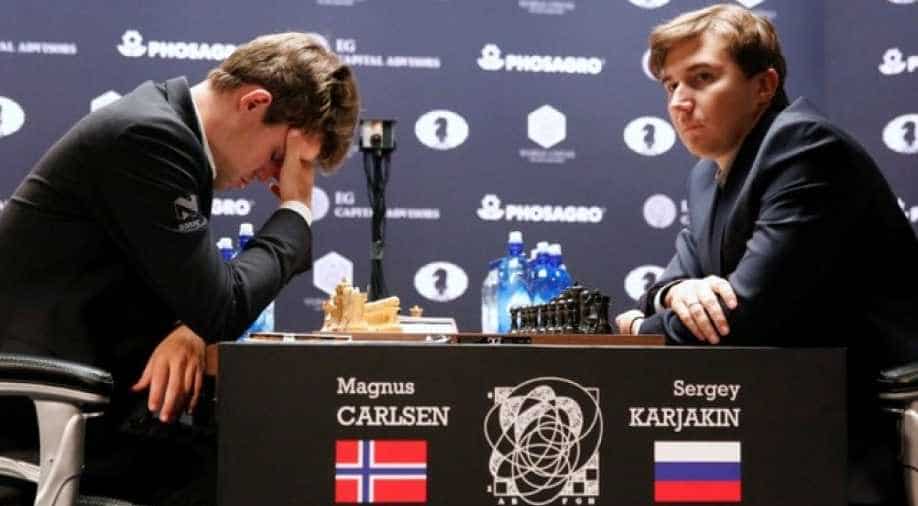 Both Carlsen and Karjakin are on 3.5 points; the first to 6.5 points will win the contest. If not, it will go to a tiebreaker. Photograph:( Reuters )

Magnus Carlsen and Sergey Karjakin played to another draw, the seventh straight, at the World Chess Championship Sunday (November 20) in New York City.

Russian challenger Karjakin played white but was unable to take advantage of a small mistake by Norwegian defending champ Carlsen and the two agreed to the draw after 34 moves were made over the two hour match.

The draw earned Carlsen and Karjakin another half point giving each of them 3 1/2 points total with the first player to reach 6 1/2 points declared the winner.

Only the 1995 championship match between Viswanathan Anand and Garry Kasparov began with more draws when they started with eight straight.