Wimbledon: Rafael Nadal to battle tough Tsonga in third round 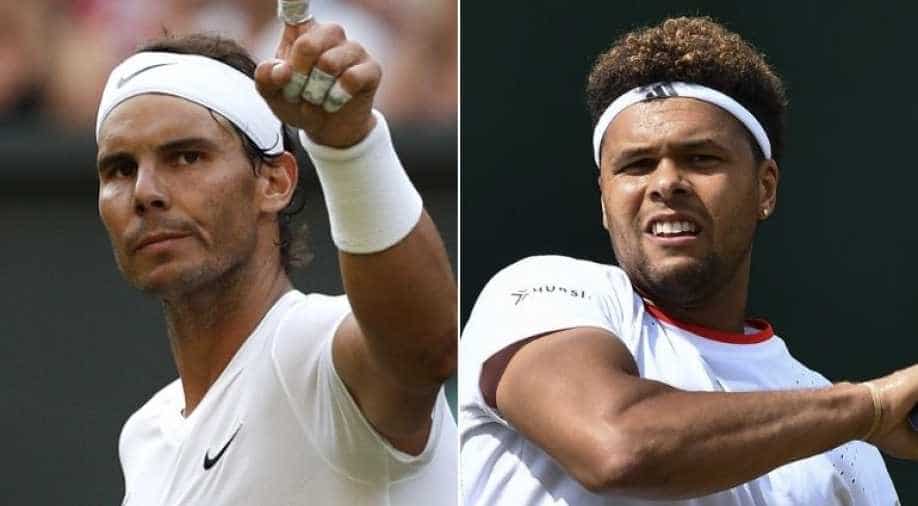 'Now I have another tough opponent in Tsonga. Every match is tough, my draw is (a) tough one,' Nadal said

After Rafa Nadal won a thrilling four-set encounter with Nick Kyrgios, the Spaniard repeated his lament that he had got a tough draw at the All England Club, ahead of his third-round clash against Frenchman Jo-Wilfried Tsonga on Saturday.

Although Nadal is ranked second in the world, his absence from numerous grasscourt tournaments ultimately gave him the third seeding at Wimbledon, prompting him to complain before the tournament got underway.

"It's true that I have been (handed) a tough draw, a tough opponent for a second round," Nadal said after his victory over Kyrgios. "You want to face less in a second-round like this, especially here.

"Now I have another tough opponent in Tsonga. Every match is tough, my draw is (a) tough one," Nadal said.

While Nadal had to dig deep against Kyrgios, Tsonga has yet to drop a set.

The 34-year-old said he had been shown a lack of respect after his first-round opponent Bernard Tomic was fined for playing below standards in a match that lasted only 58 minutes - the shortest Wimbledon men's match for 15 years.

"In the third set he played and it was tight," Tsonga said. "And I played well to win this set. So I don't know."

Tsonga's frustration at his victory being questioned stems from his own struggles to claw his way back up the rankings after falling out of the top 100.

He played only 12 matches in 2018, missing three Grand Slams with a knee injury, which led to his singles ranking plummeting from 15 to 262.

A title win in Montpellier in February helped him to recover some measure of consistency and move up to 72nd, 70 places below Nadal.

Tsonga has an uncanny ability to get results against top players and he has beaten the Spaniard four times in his career, winning their last meeting in 2015.

The pair will have to wait for their Centre Court match-up though after women's top seed Ash Barty plays British wildcard, Harriet Dart.

Roger Federer is also in action on Centre Court later on Saturday when he takes on Frenchman Lucas Pouille.