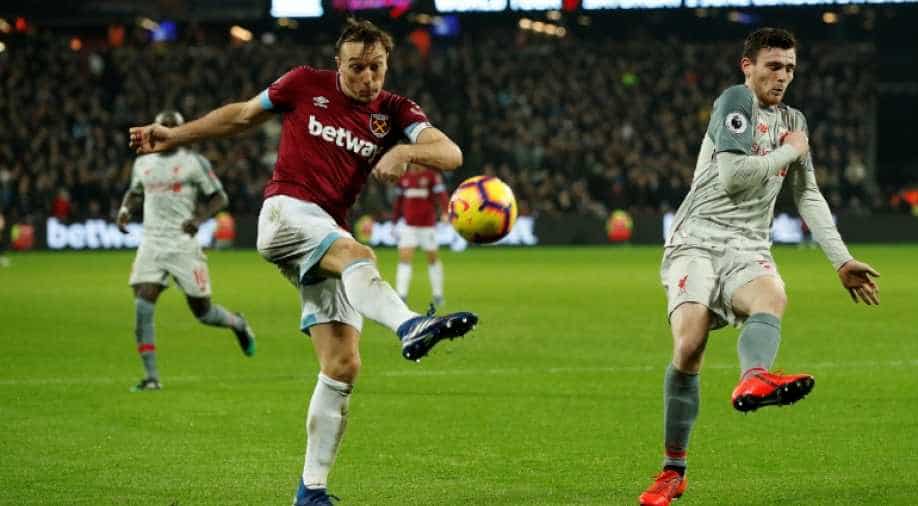 A sluggish Liverpool were held 1-1 by West Ham on Monday to reach 62 points from 25 games, with their lead over City reduced to three points.

Premier League leaders Liverpool have the quality to end their anxious wait for a first league title since 1990, but must stick together to hold off champions Manchester City, according to West Ham United skipper Mark Noble.

A sluggish Liverpool were held 1-1 by West Ham on Monday to reach 62 points from 25 games, with their lead over City reduced to three points.

The draw followed a similar result for the Merseyside club against Leicester City last week and Noble suggested Juergen Klopp's side could be faltering due to their own high expectations.

"It's just that Liverpool want to win that league so much," Noble told Sky Sports. "They've got a great chance of doing it but the fans have just got to stick by them, keep supporting them because it is going to be tough.

"Especially when you're leading and you're top and everyone is chasing you and you know City are not going to rest for one game. You need to stick together.

"But I'm pretty sure they're going to be fine. They've got a fantastic squad of players and a world-class manager.