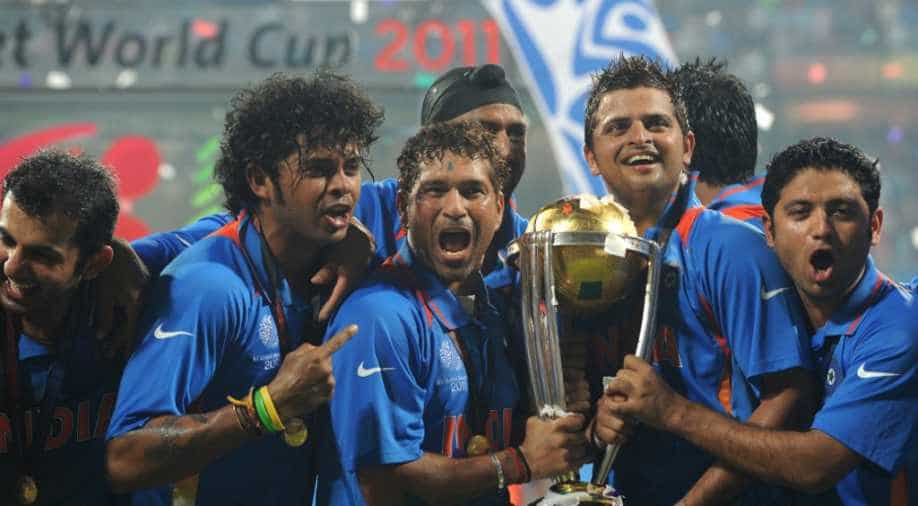 The then team manager Ranjib Biswal described the celebration after lifting the trophy and the surprise he received next day in the morning.

The then team manager Ranjib Biswal described the celebration after lifting the trophy and the surprise he received next day in the morning.

"We literally had no idea what was awaiting us the morning after the final. We had celebrated till late in the dressing room after the win and then came back to the team hotel and continued celebrating till around 4:30 in the morning. After that, we retired to our rooms. And what do we see when we wake up? Dhoni has shaved off his head after returning to his room. It was indeed a moment that will stay with us forever. We had no clue," he told ANI.

Biswas then said that Dhoni did not leave the celebrations early and kept partying with the rest of the team.

"He was there with all of us and left only when the celebrations ended. And then he goes to his room and shaves off his head. That is Dhoni for you. He keeps his emotions close to his heart and doesn't express much."

"An India-Pakistan clash, over that a World Cup encounter and even above that, it was the semi-final of the World Cup. Let us not even get started on the fact that dignitaries and fans from across the border were present in the stadium to watch the game. But as it is with MS and also then-coach Gary Kirsten, they didn't let the pressure show in their behaviour. I think that helped calm the nerves of the others around. As for me, it was about making sure that the cricketers were focused solely on the game and everything else was taken care of," he smiled.