‘We aim to inspire with our game’: RoundGlass Punjab FC Head Coach Ashley Westwood ahead of new season 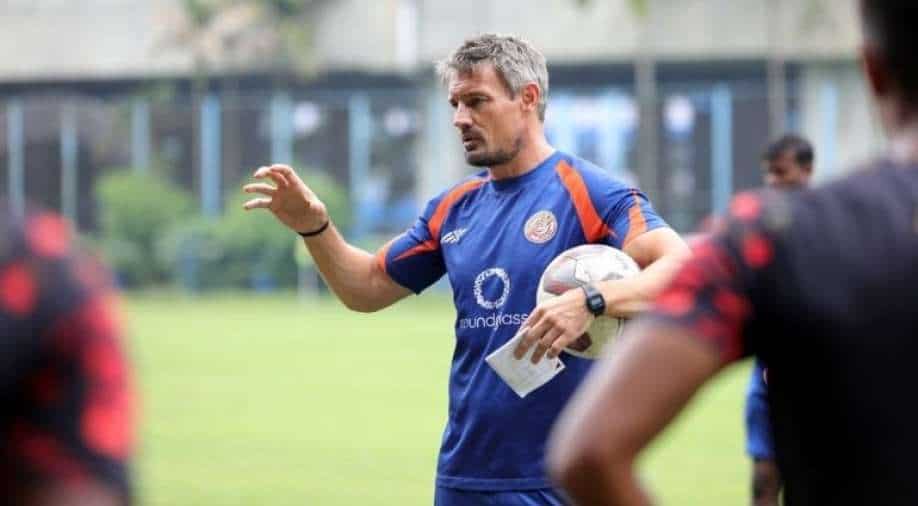 ‘We aim to inspire with our game’: RoundGlass Punjab FC Head Coach Ashley Westwood ahead of new season Photograph:( Twitter )

Westwood, a two-time I-League winner with Bengaluru FC and seasoned professional with over 25 years of experience as a player and coach, joined RoundGlass Punjab FC as the Head Coach in July.

RoundGlass Punjab FC Head Coach Ashley Westwood addressed the media at a virtual press conference on December 8, Wednesday as the Club gears up for the forthcoming I-League 2021-22 season, set to kick off on December 26.

Sharing his thoughts, Westwood said, "The Club has been thought about and built for the right reasons. Our Founder Sunny (Gurpreet) Singh has a keen interest in sports and wants to create opportunities for the children and youth of Punjab, where he hails from, to play sports. He wants to enable the Wholistic Wellbeing of people through not just sports but also a focus on nutrition, learning, encouraging a healthy lifestyle, and other aspects of wellbeing."

"The same principles apply to our football team. We want to create a healthy, honest, and hard-working team and aim to inspire young people with our performances and style of play, in line with Sunny's vision, which includes providing a genuine platform that the children and youth of Punjab look up to, are inspired by, and that helps nurture their dreams of becoming sportspersons," he added.

RoundGlass Punjab FC’s pre-season training began in October and the team has been in Kolkata since, with the players and support staff being housed in a bio-secure environment.

"Pre-season has been good. It’s a new team and the more time we spend with each other, the better it is. Being in this environment, which means living and working together day in and day out, helps bring the team together and allows us to find out more about one another and understand the character of each member of the team, which is part of our decision-making process."

"Another benefit of being together is that we can focus on football, as there are no distractions, and we can control the environment. We are trying to keep things challenging for the players and, at the same time, ensure that it is not monotonous," Westwood said.

Westwood, a two-time I-League winner with Bengaluru FC and seasoned professional with over 25 years of experience as a player and coach, joined RoundGlass Punjab FC as the Head Coach in July.

The Club, after an impressive I-League debut under new ownership last season, made a strong statement of intent in the summer transfer window as well.

"The players we have signed give us balance and have been brought onboard for not only their abilities but also their professionalism and experience. I know the players I’ve worked with earlier will do things the right way and be role models for not only the younger players at the Club, but also those at our Academy and our fans. We wanted a balance of youth and experience in the squad so we can challenge for the I-League," Westwood said.