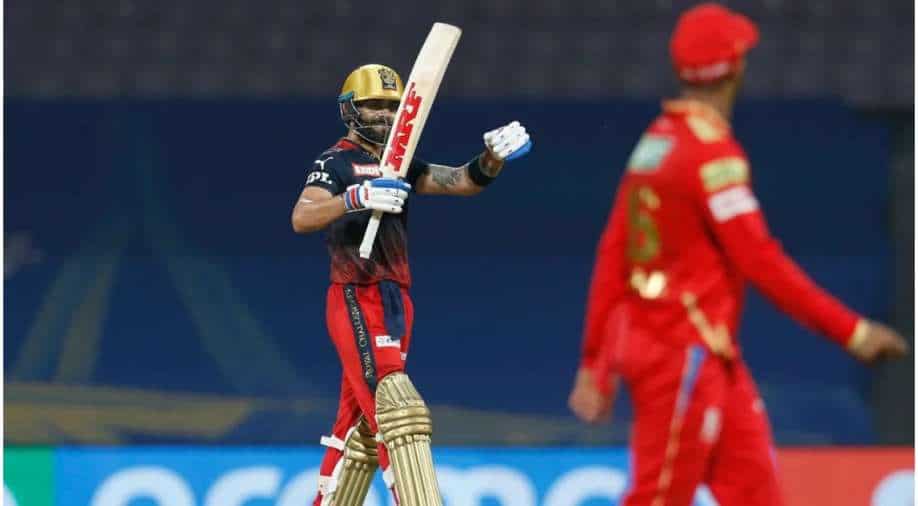 During the match against Punjab Kings on Friday, the former RCB skipper became the first batsman ever to score 6500 runs in the IPL. Kohli reached the milestone in 220 matches.

Royal Challengers Bangalore star Virat Kohli has not performed well in the Indian Premier League (IPL) 2022 but he was able to add a unique milestone to his illustrious T20 career. During the match against Punjab Kings on Friday, the former RCB skipper became the first batsman ever to score 6500 runs in the IPL. Kohli reached the milestone in 220 matches. Kohli has played for only RCB in his IPL career and he also captained them for a number of seasons before stepping down in 2022.

Kohli has scored the runs at an average of 36.22 with 43 fifties and five hundreds in the IPL.

Also read | Virat Kohli is getting dismissed every single way that you can possibly get out: Faf du Plessis

Punjab Kings batsman Shikhar Dhawan holds the second spot in the list of highest run-scorers in IPL with 6186 runs. Kohli and Dhawan are the only batsmen with more than 6000 runs in the IPL.

It has been a horrible season for Kohli till now with five single-digit scores and third golden ducks as he struggled for form. On Friday, he got a good start but was dismissed by Kagiso Rabada for 20 (14).

RCB were also dealt a heavy blow in their pursuit of the IPL 2022 playoff berth as they were beaten by Punjab Kings. Jonny Bairstow and Liam Livingstone scored brilliant hundreds as PBKS posted a solid total of 209/9. Harshal Patel was the pick of the RCB bowlers as he claimed four wickets.

In response, RCB never looked in pole position as Kagiso Rabada took three wickets and the duo of Rishi Dhawan and Rahul Chahar took two each to guide PBKS to a comfortable victory.