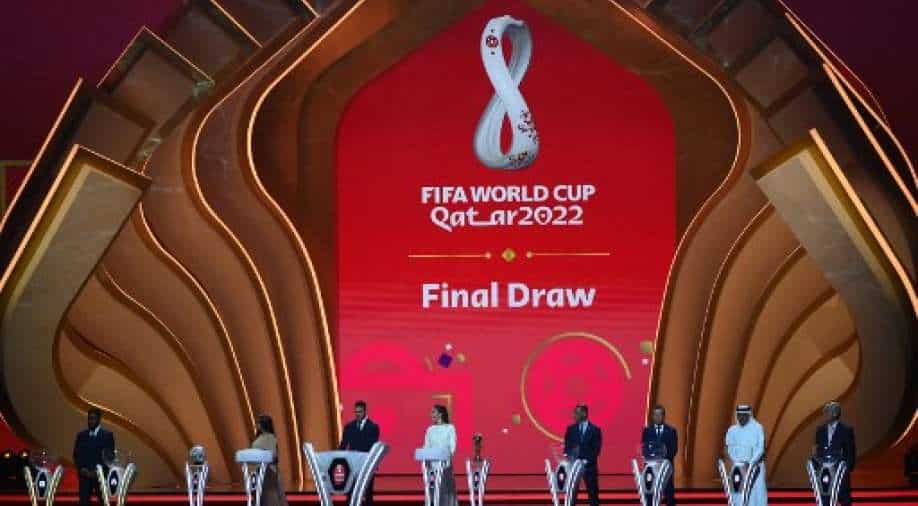 Holders France will meet Denmark and Tunisia in Group D while the tournament will kick off on Nov. 21 with hosts Qatar playing Ecuador.

The United States will face England and Iran in Group B at the World Cup finals while Spain will take on Germany in a clash of former winners in Group E.

Holders France will meet Denmark and Tunisia in Group D while the tournament will kick off on Nov. 21 with hosts Qatar playing Ecuador.

For the U.S., the draw pits them against their former colonial rulers England and the Iranians, a country they have had long-running political disputes with.

Group G was one of the toughest, pitting five-times World Cup winners Brazil against Serbia, Switzerland and Cameroon.

The draw came after a 45 minute musical and video show as FIFA president Gianni Infantino promised the event would "simply be the best tournament ever".

Also read | IPL 2022: BCCI likely to go ahead with 50 percent capacity from next week

The decision in 2010 to hand the hosting rights to Qatar was heavily criticised and there has been intense scrutiny of the human rights situation in the country.

The tournament will run from Nov. 21 to Dec. 18 -- the first time soccer`s top prize has been competed for in the Middle East and there was a distinct Arabian feeling to the show.