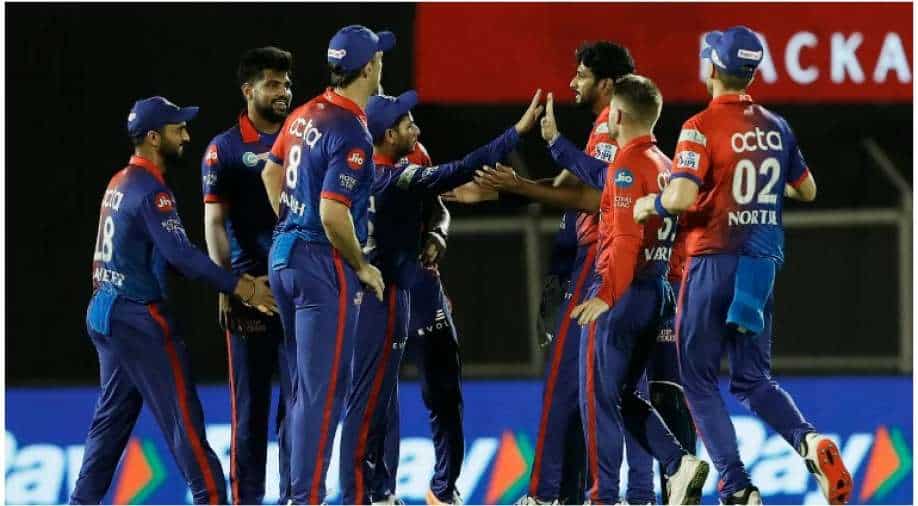 Match 50 of IPL 2022 saw the Delhi Capitals (DC) take on the Sunrisers Hyderabad (SRH) at the Brabourne Stadium, Mumbai. Here's the updated points table after the high-scoring contest:

Match 50 of IPL 2022 edition saw the Rishabh Pant-led Delhi Capitals (DC) lock horns with the Kane Williamson-led Sunrisers Hyderabad (SRH). Both sides were coming into this fixture on the back of a defeat each. However, DC emerged on top as SRH succumbed to their third straight defeat as the playoffs race heats up.

Opting to bowl first, SRH removed Mandeep Singh -- playing for an injured Prithvi Shaw -- and Mitchell Marsh in no time as Bhuvneshwar Kumar applied pressure with his tight bowling. Opener David Warner (92*), playing his first game versus SRH since being released by the Orange Army last year, led the charge. He initially stitched a handy partnership with skipper Rishabh Pant (26) before Rovman Powell (67 not out) joined him and the duo tormented the SRH bowlers in the death overs. As a result, DC posted a mammoth 207-3 in 20 overs.

In reply, Williamson & Co. weren't off to the best of starts. In-form opener Abhishek Sharma and Williamson fell early whereas Rahul Triphathy tried his best to up the ante but departed for an 18-ball 22. Aiden Markram's attacking 42 kept SRH in the hunt before it all came down to Nicholas Pooran. Pooran, the newly-appointed white-ball captain of West Indies, didn't give up easily but his fireworks (34-ball 62) took SRH only to 186/8, with the 2016 champions losing by 21 runs. Heres' the updated points table of IPL 2022 after match 50: 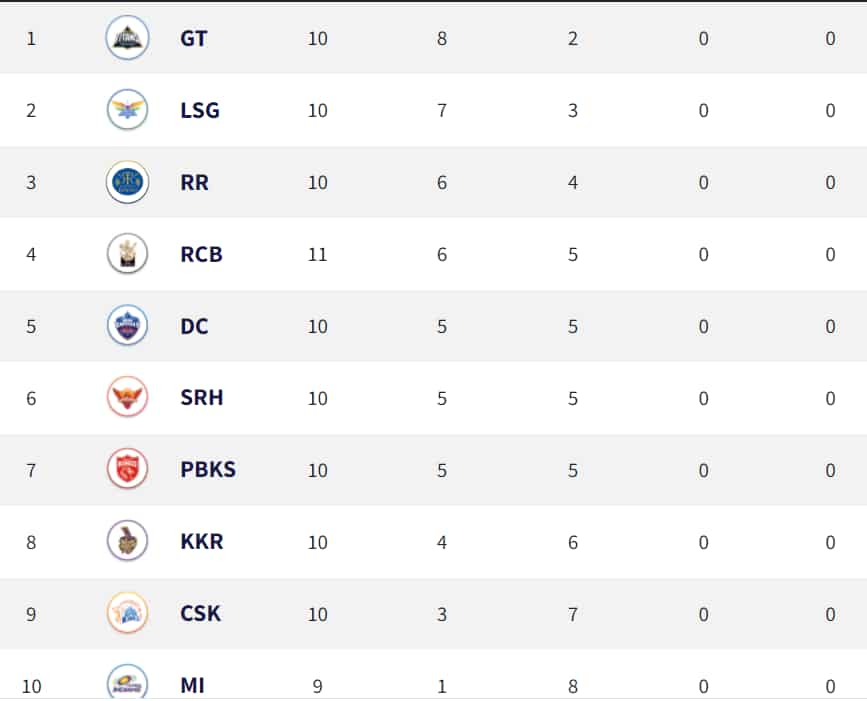 Pant-led DC now have some momentum and will like to go for the kill in their remaining games whereas Williamson's SRH need to go back to the drawing board to revamp at the earliest with three successive defeats.