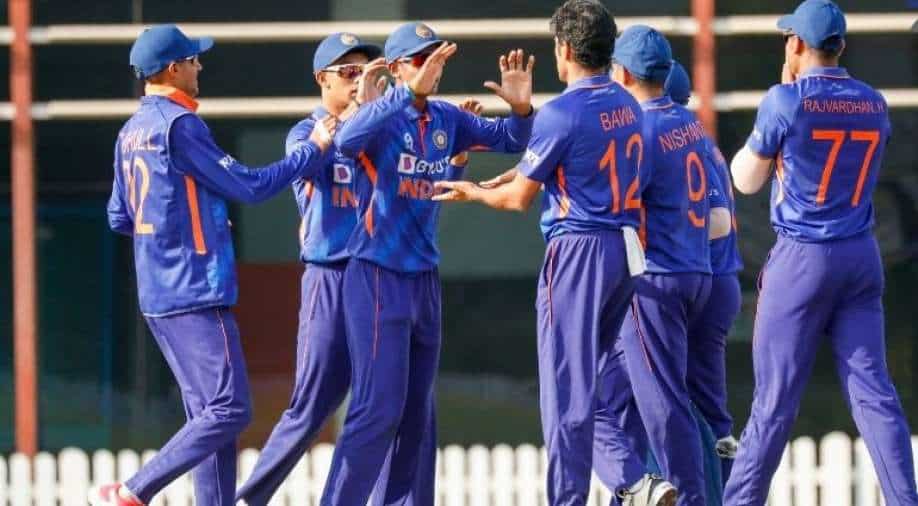 On the last ball, Pakistan needed 2 runs to win and Ahmad Khan managed to hit a boundary to take his team over the line. For India, Raja Bawa scalped four wickets.

Muhammad Shehzad played an 81-run knock as Pakistan defeated India by two wickets in a nail-biter here at the ICC Academy Ground Number 2 in the ongoing ACC U19 Asia Cup 2021 on Saturday.

India will next lock horns against Afghanistan on Monday while Pakistan will take on the UAE on the same day.

Chasing 238, Pakistan got off to a bad start as the side lost opener Abdul Wahid (0) as he was clean bowled by Rajvardhan Hangagrekar. Maaz Sadaqat and Muhammad Shehzad put on 64 runs for the second wicket and this stand was finally broken by Rasheed Raj Bawa in the 15th over.

Pakistan kept on losing wickets at regular intervals after that, but it was Shehzad who kept Pakistan in the game. However, Shehzad was sent back to the pavilion via a run-out and in the end, Pakistan needed 8 runs to win from the final over.

On the last ball, Pakistan needed 2 runs to win and Ahmad Khan managed to hit a boundary to take his over the line. For India, Raja Bawa scalped four wickets.

Earlier, Aaradhya Yadav scored 50 as India was bundled out for 237 in 49 overs. For Pakistan, Zeeshan Zameer returned with figures of 5-60.

ALSO READ: Ganguly held me when I was 'no one', I was 'someone' when Dhoni became captain: Harbhajan

Harnoor Singh and Kaushal Tambe scored 46 and 32 respectively for India. Skipper Yash Dhull disappointed as he was dismissed for a first-ball duck.