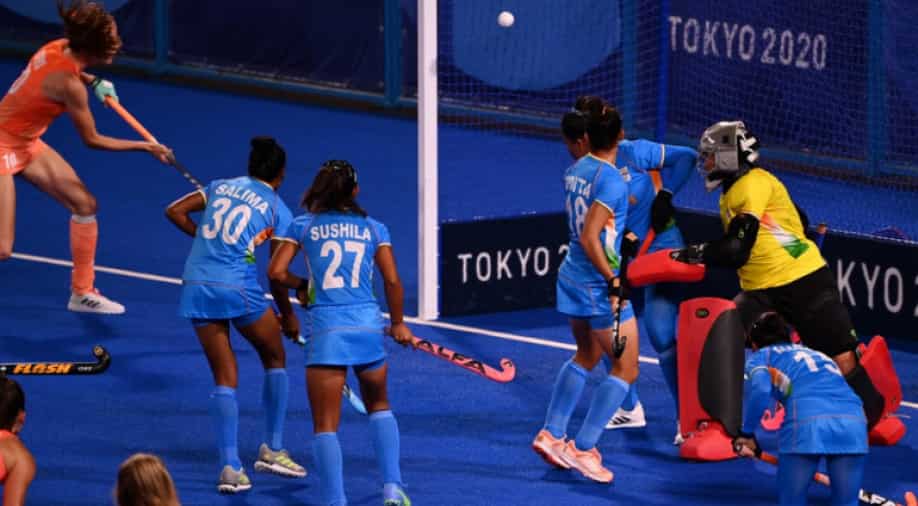 The Indian defense was at long last penetrated by the Netherlands team and when it opened the conduits, there was no going back. The World No.1 Hockey women's team won the match 5-1.

The Netherlands scored. They took only six minutes to take the lead. It is Felice Albers, the No.10 who scored for the Netherlands.

It was followed by a brilliant comeback from India. They leveled soon after going down. It was captain Rani Rampal who had equalized for India.

India's goalkeeper Savita Punia saved both the penalties and four times the Netherlands couldn’t score from the penalty corner.

No goals were scored in the second quarter. It was a good defensive game from India as Netherlands kept the pressure in their D.

It is a properly executed penalty corner that helped the World no.1 women’s hockey team to restore their one-goal lead. Netherlands midfielder Margot van Geffen drove her team to the 2-1 lead.

It was a stupendous goal by Frederique Matla, and she came through a long way with the ball that went past everyone.

The Netherlands wreaked havoc with one field goal after another. They scored three goals in the 2nd half. India got completely pummelled in the third quarter.

Caia Jacqueline van Maasakker scored the fourth goal in the 4th quarter and yet again it was from a penalty corner.

The Indian defense was at long last penetrated by the Netherlands team and when it opened the conduits, there was no going back.

Was it actually the sort of a match that the scoreline appears to reflect? Not actually, as the Indians were very much in the challenge against the World Champions side until half-time. One early goal in the subsequent half modified the composition of the match as the Netherlands veered ahead discovering space.

Indian Women's team will take on Germany next on 26th July at 5:45 PM IST.