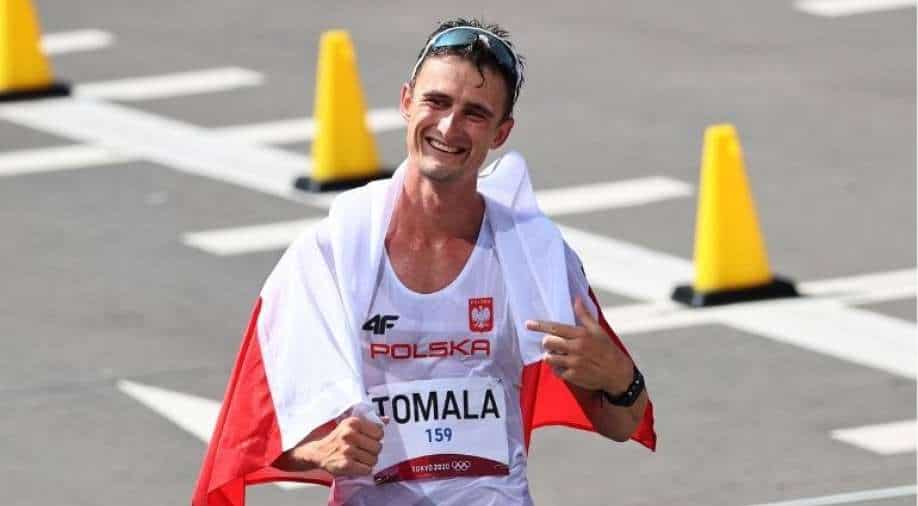 Poland's Dawid Tomala cruised to victory in the Olympic men's 50km race walk on a dominant performance over the second half of the race in Sapporo on Friday, finishing in three hours, 50 minutes and eight seconds.

China's Luo Yadong was in front for most of the first third of the race, until the pack including Tomala caught up with him at the 20km mark.

Tomala began distancing himself from the crowd around the 30km stage, progressively increasing his lead to more than three minutes at one stage. He finished 36 seconds in front of Hilbert.

World record holder and 2017 world champion Yohann Diniz of France dropped out of the race before the 30km mark, citing fatigue and back pain and saying it was one competition too many for the 43-year-old.