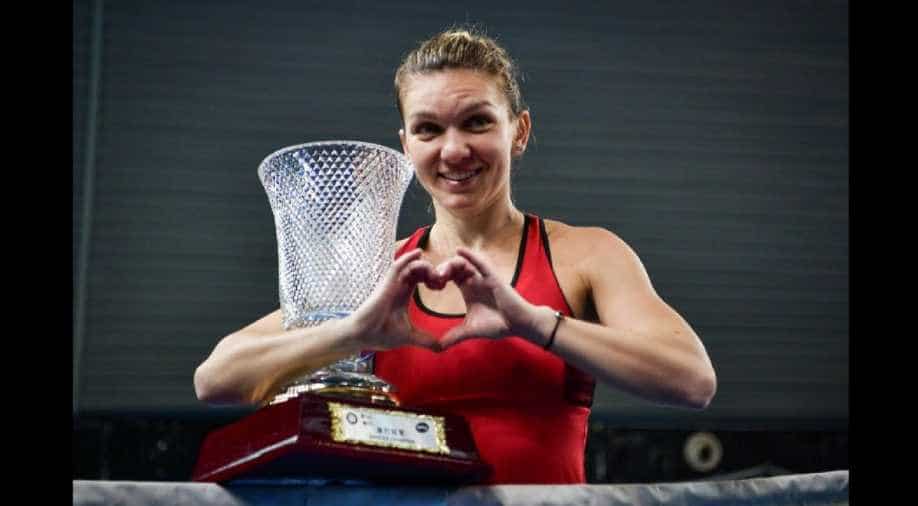 Simona Halep of Romania celebrates with the trophy after her victory against Katerina Siniakova of the Czech Republic in the women's singles final match at the WTA Shenzhen Open tennis tournament. Photograph:( AFP )

World number one Simona Halep fired a warning to her Australian Open rivals on Saturday, beating Katerina Siniakova in three sets to win the Shenzhen Open.

The final match was played indoors after repeated rain delays and began six hours after its scheduled time.

The Romanian saw off the reigning champion from the Czech Republic 6-1, 2-6, 6-0 in 72 rollercoaster minutes in southern China.

The 26-year-old Halep is guaranteed top seeding for the Australian Open, the season's first Grand Slam, which begins in Melbourne on January 15.