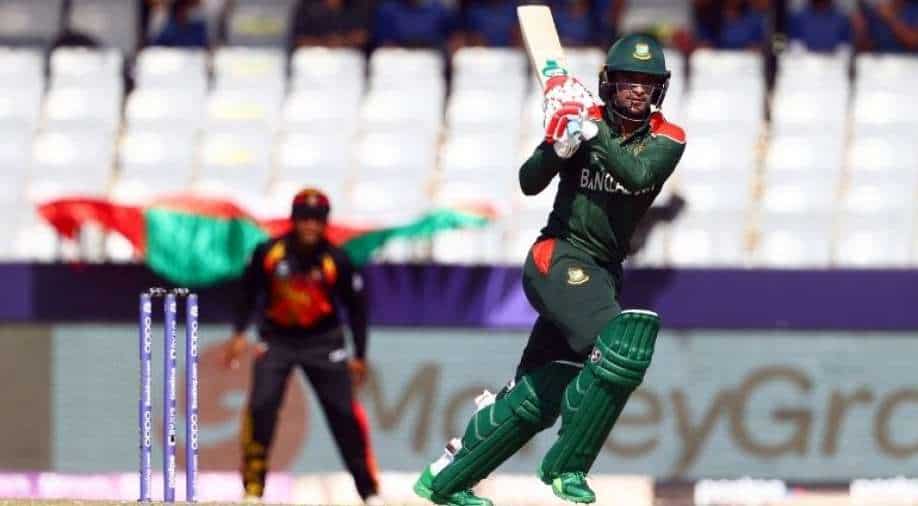 After a comprehensive victory against Papua New Guinea, Bangladesh all-rounder Shakib Al Hasan on Thursday said that his team is getting confident with every passing game and this win will ease the pressure and they can play expressively in the upcoming matches.

With this win, Bangladesh also became the first team from Group B to seal their place in the Super 12 stage of the tournament.

"Every game we`re playing gives us more confidence. Obviously, it was a setback, the first game, but in the T20 format the team that is better on the day wins. But now the pressure is off and we can play expressively," said Shakib at the post-match presentation.

The all-rounder also mentioned that it`s not easy to get back into the form in T20 cricket.

"It`s not an easy format to get back into form, but luckily I`m getting more chances to bat up the order," he said.

"A little tired, I`ve been playing non-stop cricket for the last five-six months, it`s been a long season for me. But hopefully I can pull this tournament off," he added.