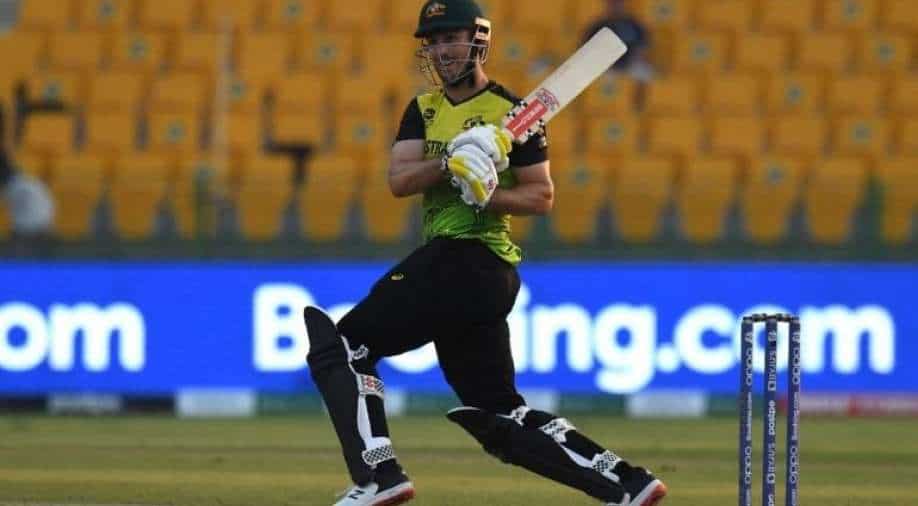 In Australias last Super 12 match, which they won by seven wickets against West Indies, Marsh scored 53 off just 32 balls

Australia captain Aaron Finch believes that pace all-rounder Mitchell Marsh has been a huge asset for them. He added that Marsh coming at number three and playing an aggressive role with the bat has been very pleasing for him apart from putting in the effort with the ball.

Marsh has been a vital cog at number three for Australia's top order this year. He is also the seventh highest run-getter in T20Is this year, scoring 522 runs in 18 innings at an average of 32.62 and strike rate of 127. In Australias last Super 12 match, which they won by seven wickets against West Indies, Marsh scored 53 off just 32 balls.

"In terms of Mitchell Marsh, he's been excellent for us. His ability to bat at No. 3 and be really aggressive and take the game on has been really pleasing. The overs that he bowled the other day against a really dominating West Indies batting lineup were really crucial in dragging that score down to 160. He's someone who works hard on his bowling, and yeah, he's a huge asset for our team," said Finch while responding to a query from IANS in the pre-match press conference ahead of the semi-final against Pakistan in ICC Men's T20 World Cup.

Finch opined that he was never worried about his opening partner David Warner's form. Before the start of the tournament, Warner's form was a worry with scores in single digits, including two ducks. But now Warner had scored 187 runs in five matches, averaging 46.75 and strike rate of 144.96 with fifties against Sri Lanka and West Indies in Super 12.

"I was never worried one bit about Dave's form. He's one of the all-time great batsmen of our era. I think you can look at it as though he had a really lean IPL and then the start of this tournament. But the two halves of the IPL were a long way apart. So, if you miss out a couple of times at the end of the first part, which was in India, and then the first couple of games in Dubai, it looks as though a run of form is a pattern there. But I certainly wasn't worried. He's all class, trained hard, mentally fresh and ready to go. It`s great to see the best of him fit and firing. It`s a great sight when he`s up and about and scoring runs for Australia."

Finch felt that momentum is something which doesn't carry forward in a tournament like this. "I don't think that momentum is something that really goes over -- in a tournament like this, I don't think it carries over a huge amount because you're playing a totally different opposition, in different conditions. It's going to be a different wicket again. I don't think you can read too much into anything like that. One thing that -- all you can control is your process and your planning, and we've been doing that really well. We've got confidence in that. Pakistan are playing really good cricket, so it'll be a great test."

Finch was of the opinion that this could probably be the last time Australia may have a single head coach across all formats, with COVID-19 bringing the possibility of red and white-ball matches crossing over at the same time. "I think there will probably be a little bit of a crossover of formats again like we saw what was planned with the South Africa and New Zealand series. I think that down the track that that's something -- if they keep crossing over that, that'll have to be thought out, but as it stands at the moment, I think it's going okay."

"There might be some questions once those tours start to become really condensed and back up with each other, that support staff, players, coaches, team managers, physios, everyone will need a bit of a chop-out, and to be able to get out of these bubbles that we're in at the moment. I think, just over the next two or three months that'll probably be a little bit clearer."