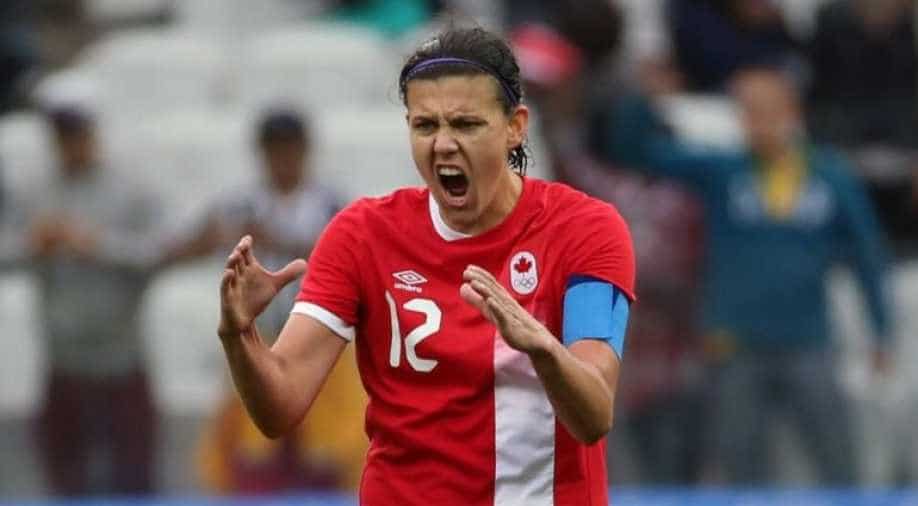 A four-time finalist for FIFA World Player of the Year, Sinclair has been crowned Canada soccer's female player of the year 14 times

Sinclair, who helped Canada to bronze medals at the 2012 and 2016 Olympics, has scored 183 times in 289 appearances for her country and sits one goal away from equalling American Abby Wambach's record of 184.

The 36-year-old striker will have an opportunity to surpass Wambach's mark in February when Canada attempts to secure a spot at the 2020 Tokyo Summer Games through the CONCACAF Women’s Olympic qualifying tournament.

"Christine Sinclair is a once-in-a-generation athlete that has been at the heart of Canadian sport for over 20 years but what she accomplished in the past 10 years has changed the sport forever in our country,” said Canada Soccer president Steven Reed in a statement.

“Christine is the Canada Soccer Player of the Decade and unquestionably one of the greatest and most-loved athletes Canada has ever watched."

The honour is the latest of many for Sinclair, who won the Lou Marsh Trophy as Canada's top athlete in 2012 and was Canada's flag bearer for the closing ceremony at the 2012 London Olympics.

A four-time finalist for FIFA World Player of the Year, Sinclair has been crowned Canada soccer's female player of the year 14 times.

The first soccer player appointed as an Officer of the Order of Canada and the first to have her name engraved on Canada’s Walk of Fame, Sinclair has played in five World Cups scoring 10 goals in 21 matches.