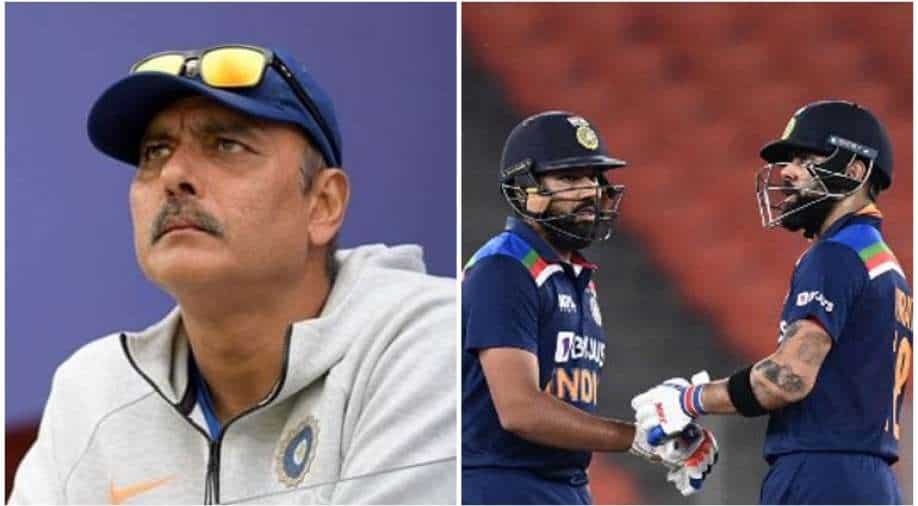 A lot has been said and written about split-captaincy within Team India. Head coach Ravi Shastri has opened up in this regard and shared his interesting take on the matter.

A lot has been said and written about split-captaincy in Team India, especially after Virat Kohli failed to guide India to the coveted title in the 2019 ODI World Cup. While India has had some good success under Kohli's leadership, the 32-year-old is yet to lead the national side to an ICC title since taking over as full-time captain in early 2017.

Under Kohli, India were on a roll in the 2017 Champions Trophy before losing the final to Pakistan. They topped the round-robin stage in the ODI World Cup, in 2019, before bowing out in the semi-finals and lost the inaugural ICC World Test Championship (WTC) final to New Zealand in mid-June 2021. Hence, many have time and again suggested for split-captaincy, with Rohit Sharma (who is the limited-overs vice-captain) taking over as the T20I captain and easing the workload on Kohli.

Even Test vice-captain Ajinkya Rahane's name cropped up to take over from Kohli in whites after India's WTC final loss. Under Rahane, a second-stringed Indian team had beaten Australia in their own backyard to win the Border-Gavaskar Trophy Down Under in early 2021.

Thus, head coach Ravi Shastri has finally opened up on the split-captaincy debate. "I am the coach of the team now, not a selector. Neither I'm a broadcaster. When my tenure as a coach ends then ask me and I will give my viewpoint. At this moment, I have to focus on the team and who is there in the team," Shastri told Times Now during the interaction.

Amid all talks around split-captaincy, Kohli is set to lead India in the forthcoming ICC T20 World Cup, in the UAE later this year. He will look to lead India to the championship, ending all such talks once and for all.

At present, Team India is involved in the five-match Test series versus England in the United Kingdom. Kohli & Co. are gearing up to face the hosts in the fourth and penultimate Test, at Kennington Oval, London, from September 2 (Thursday), with the series currently levelled at 1-1.