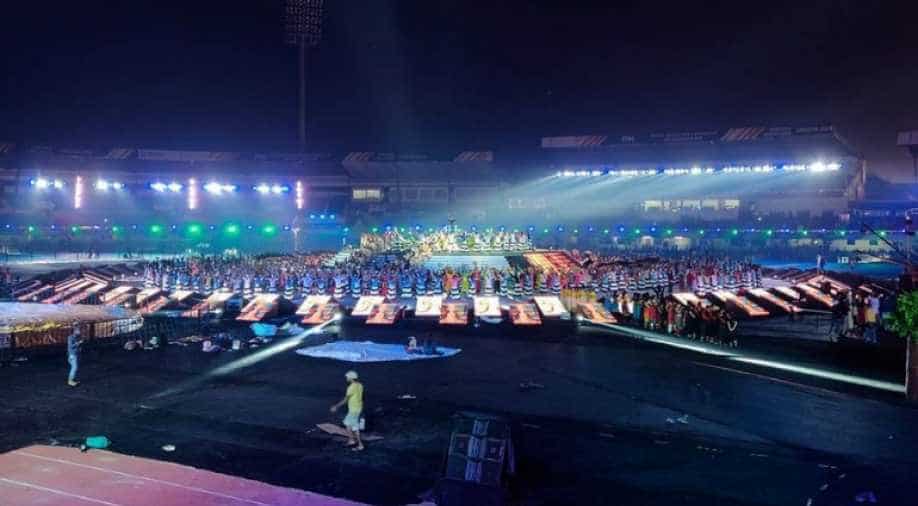 The opening ceremony will carry a central message of "oneness" and the acts will aim to connect the commonalities of the two cultures while displaying a full array of dance performance.

Bollywood icon Shah Rukh Khan, music composer AR Rahman, and actress Madhuri Dixit are going to be the center of attraction during the much-awaited opening ceremony of the event.

The Odisha government has declared holiday for schools and educational institutions on Tuesday for the inaugural event.

AR Rahman will be performing live, the Hockey World Cup 2018 official song during the ceremony with Shah Rukh Khan accompanying him in the act.

Madhuri Dixit is going to be the lead performer of the ceremony theme song called "Earth Song" in which she will be joined by another 1100 participants. It is with this song that the opening ceremony is slated to begin.

The song will represent a take on eastern culture meeting the west. The concept and premise of the act rests on the two halves that have polarised the world.

Created by Nupur Mahajan, the Earth Song will address the divide and showcase the blend through this act.

The 'Earth Song' act is choreographed by Aruna Mohanty for the eastern elements and Shiamak Davar offered his expertise for the western elements.

The act will be a perfect exhibition of fusion performances. The diverse performances will include Indian classical versions of Odissi, Mohiniattam, Bharatnatyam, Sattriya, Kathak and Kuchipudi and western versions of Ballet, Samba, Jazz, Afro, Balinese, Capioera and Contemporary.

The act will aim to connect the commonalities of the two cultures while displaying a full array of dance performance.